4 Must Have Beauty Tools - adaatude Skip to the content

4 Must Have Beauty Tools

There's always new beauty tools, but lots of them are gimmicks. It takes a few years for something to really stick, and pick up popularity with consumers. I do want to make it clear though. Whatever fad you're hearing about at any given time is usually not something completely new.  The US is always at least a decade behind Asian countries, and even 5 or so behind Europe. It might be new to you hearing it, but likely it's been making the rounds for a few years so whenever you hear something, likely there's already research and many articles written about it. Some things are definitely around to stay for the long haul, and a few of the popular tools right now are what I'd like to focus on, since I get quite a few questions about them. Here are four (4) beauty tools that are not only popular, and I think are worth the investment in your routine but also worth the money. 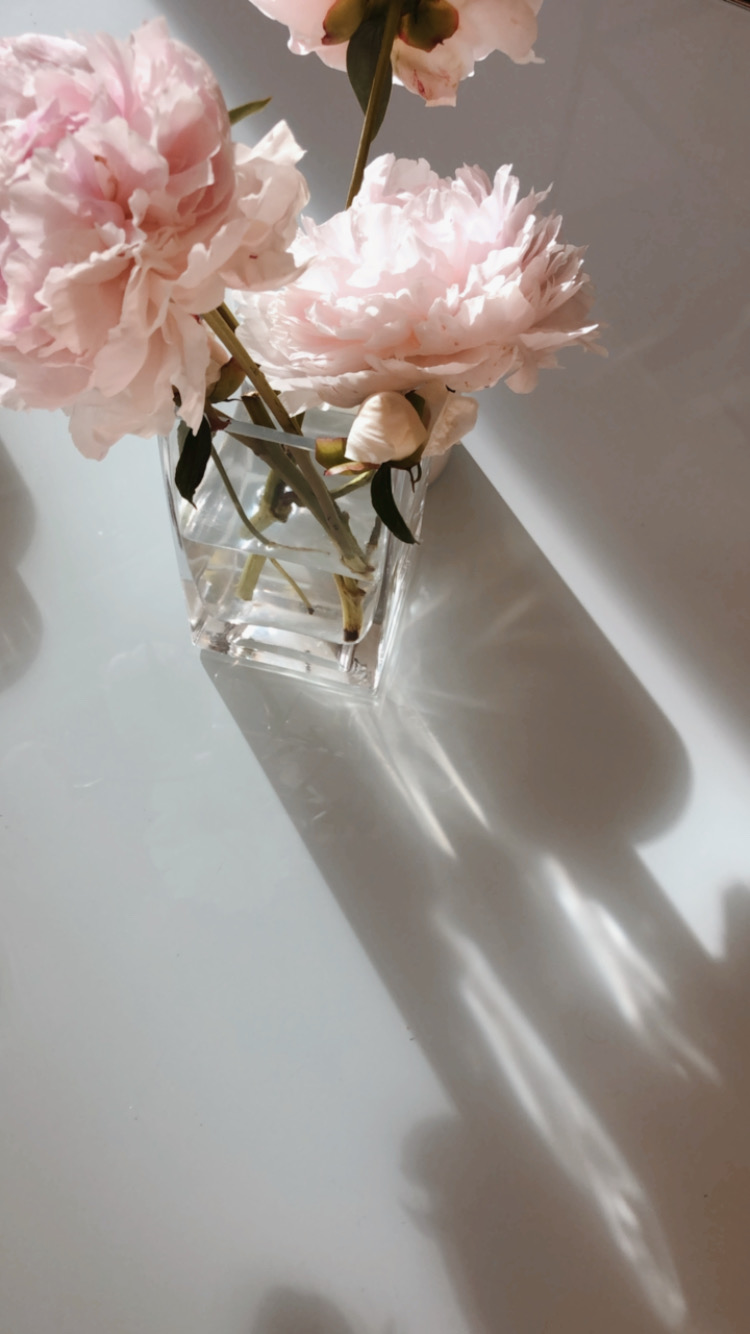 Something that's definitely becoming more and more well known is Gua Sha. Now this is something that's been around for thousands of years. Accordingly to The Skin Games, "GuaSha Massage has been widely used by the ancient Chinese for a really long while now as a folk therapy. In the Ming Dynasty between 1368 and 1644, the procedure was scientifically computed into major medical records."

I did a super informative live with Gianna, cofounder of Wilding Beauty which you can watch here. She taught me a lot. Mainly how to use the stone properly. Most people are not doing it properly, including your favorite beauty creators. If you watch this video, you will see she recommends not to use just one corner of the stone, but instead you need to press the majority of the stone against the skin.

Depending on what areas you're wanting to focus on, there is a different technique that can help facilitate the drainage but also provide contour to the skin. Oftentimes people want to do major changes through filler (myself included) but when the face gets puffy, you can really move a lot of fat and drainage through with the use of a tool. It's low cost, and highly effective if done consistently (recommendation was once a day with twice being the goal.) It's a commitment but it can help tremendously.

While I have been using a gentle blade to remove facial hair for a while, I have to admit most on the market are dangerous and not easy to use. Especially the cheap ones you get from Amazon. I have cut myself countless times and I have been trained by a professional on how to use the blade. Every time I cut myself, it takes weeks to heal the damage (seriously weeks). So while I still do this myself from time to time, I find that it is a "fad" I highly recommend being careful if you're attempting at home. It is much easier for a professional to do this as one of the first steps to a facial, and there won't be cuts. Not to mention, it's way better than face waxing (which I did for years) since it does not tug and pull the skin like waxing does. 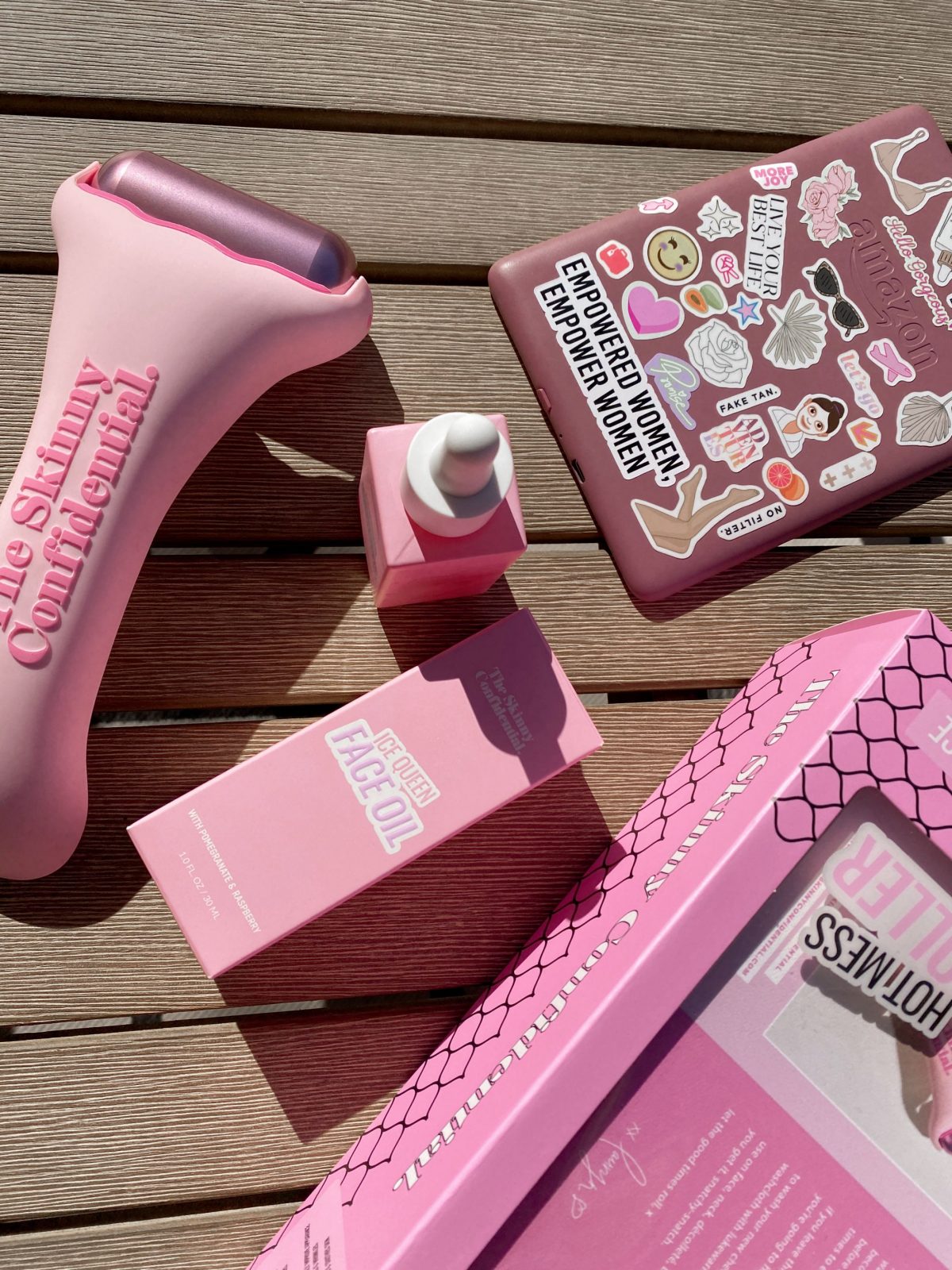 These have become almost a household staple for those who aren't even interested in the beauty world, because one thing we know is that ice heals puffiness, bloat and injury. If your under eye area is puffy, placing a spoon from the freezer, helps reduce that puffiness. I found the ergonomic one, which comes from The Skinny Confidential. There's a thumbprint where your thumb helps give you the most steady grip. I usually keep this in the fridge, and then pop it out on days I need a little extra TLC on my face. I've also used this after intense workouts, and applied to my upper shoulders.

Almost a year ago, I compared two different microcurrent devices. The NuFace versus the Foreo BEAR device. Microcurrent has become more and more popular over the years. As a quick refresher:

“Microcurrent therapy treatment utilizes a low-grade electrical current to “train” all those muscles. It contours, tones, firms and lifts the muscles and the skin. The result is a healthier complexion that makes you look younger.”

While Gua Sha can help facilitate drainage, microcurrent sends electrical currents to train the muscles. From my perspective, microcurrent would be needed less but would have more long-term effects. 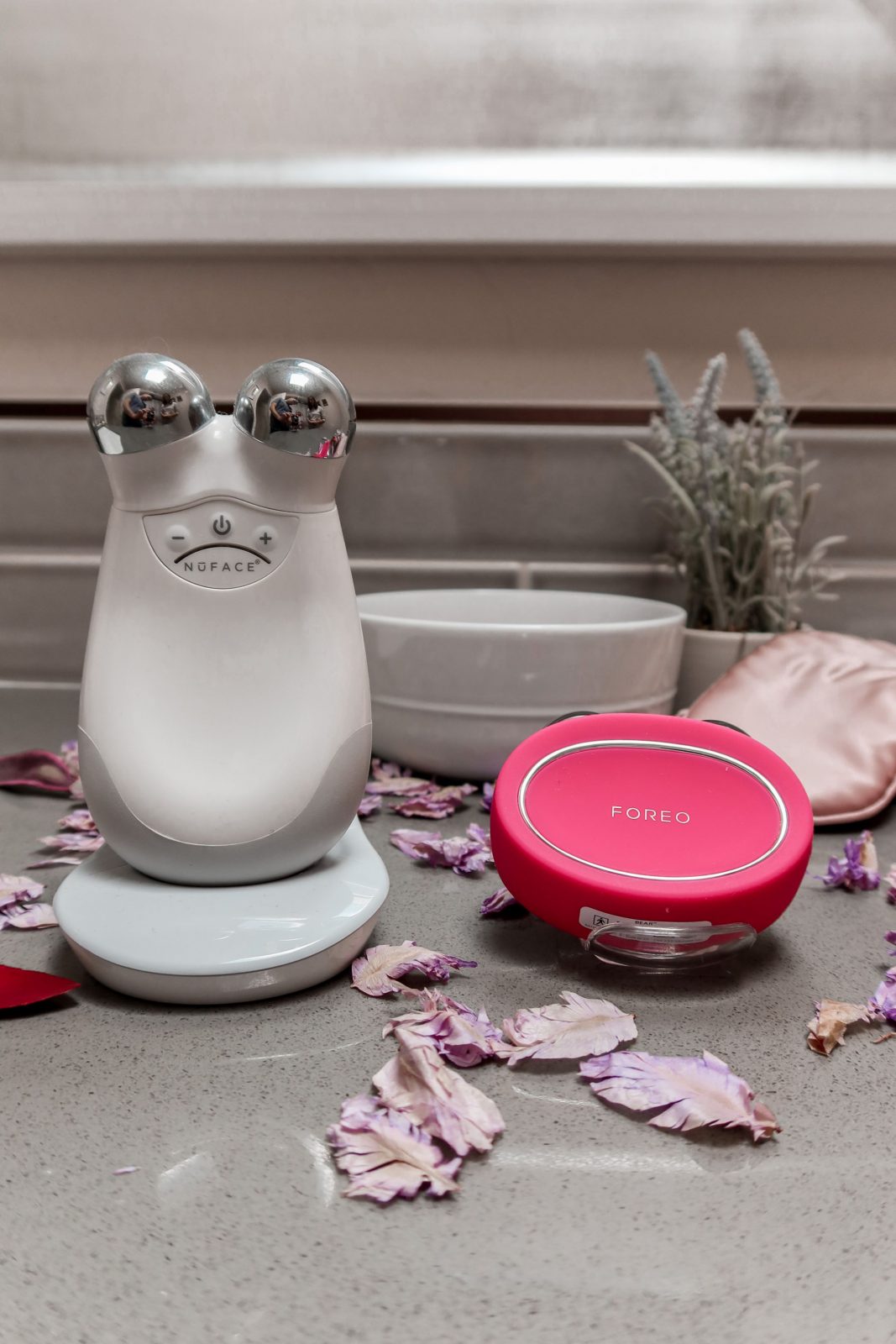 What are some other beauty tools you'd like to see broken down?

Microcurrent therapy treatment utilizes a low-grade electrical current to “train” all those muscles. It contours, tones, firms and lifts the muscles and the skin, can that be used on double chin look tighter and could it be used for abdomen and make it tighter and toner?