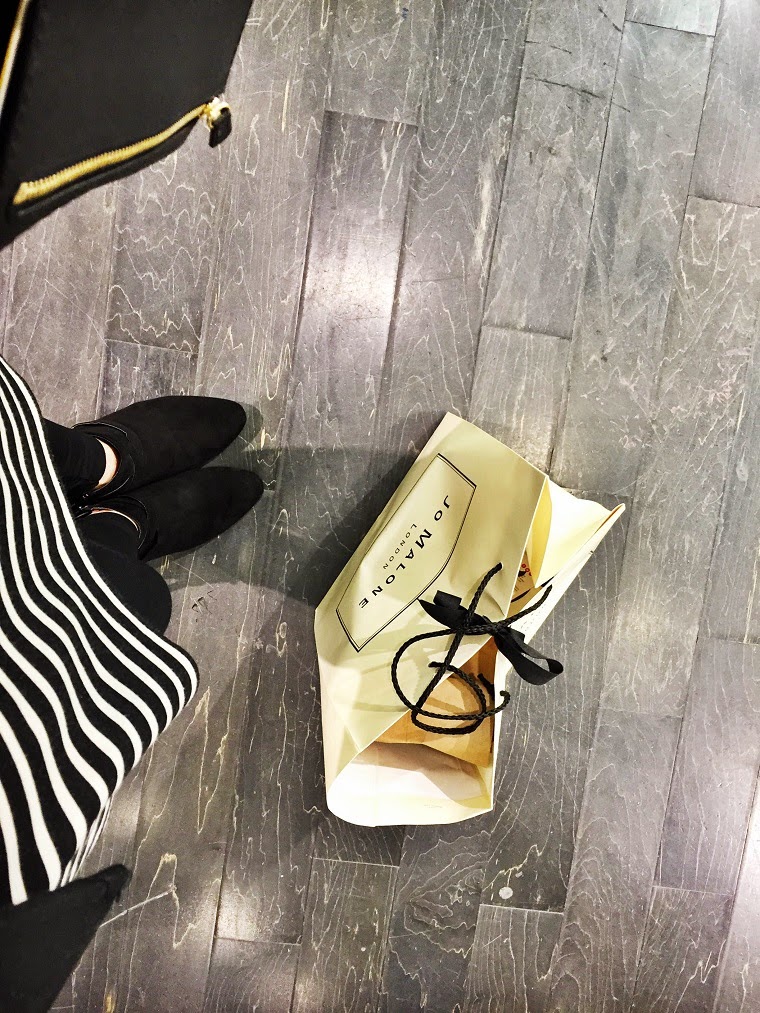 You didn’t expect me to go to Boston and not shop, now did you?

Well good because there was a bit of shopping done at the Prudential Center. The Jo Malone and Tom Ford counters did me in. 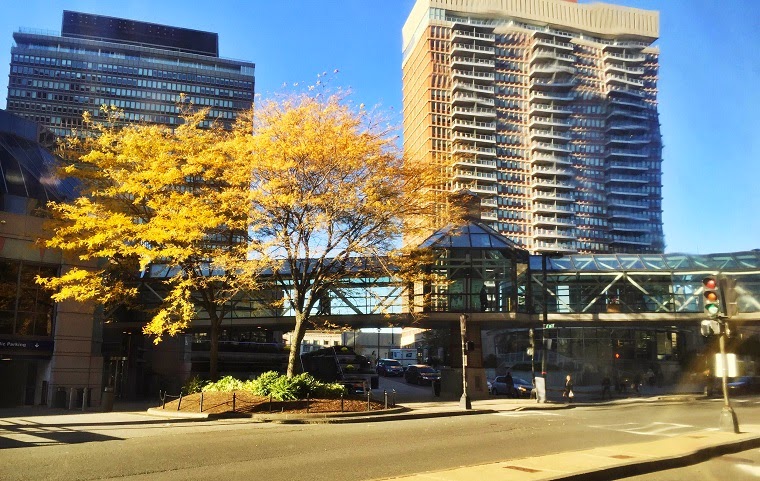 We went to Legal’s Sea Food a few times for lunch because it was the closest restaurant we could walk to during the short hour we had blocked between all the meetings. I have to admit I was adventurous when it came to my orders (round of applause.) I had a salmon burger the first time. 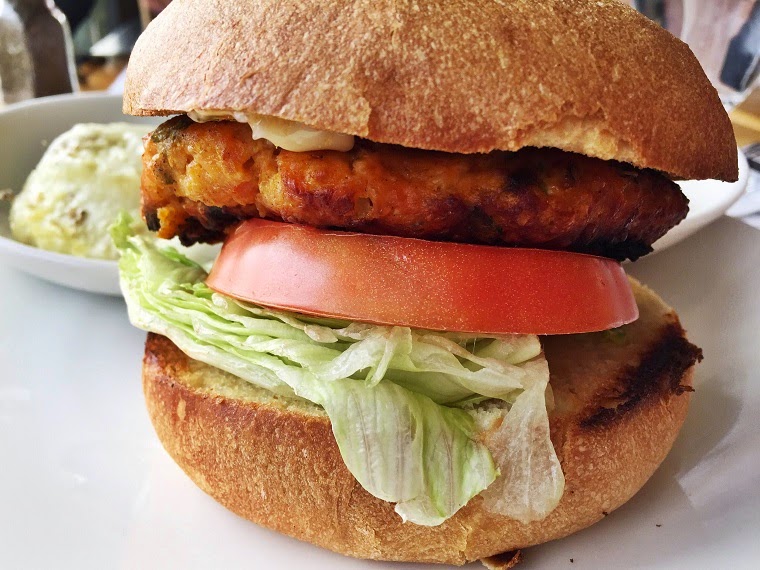 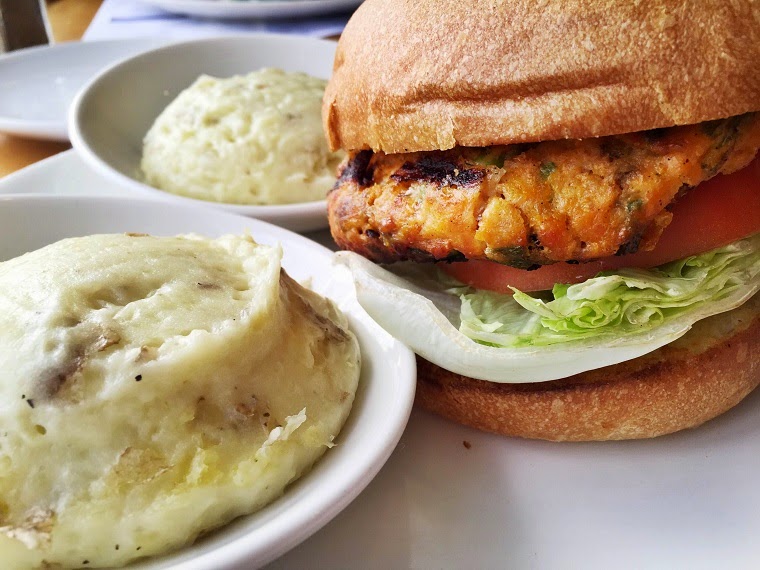 The view from our table wasn’t bad either! For dinner we went to Back Bay Harry’s where appetizers were a must.

My colleagues wanted octopus and I will be the first to admit it was not my thing. But at least I tried it, right? 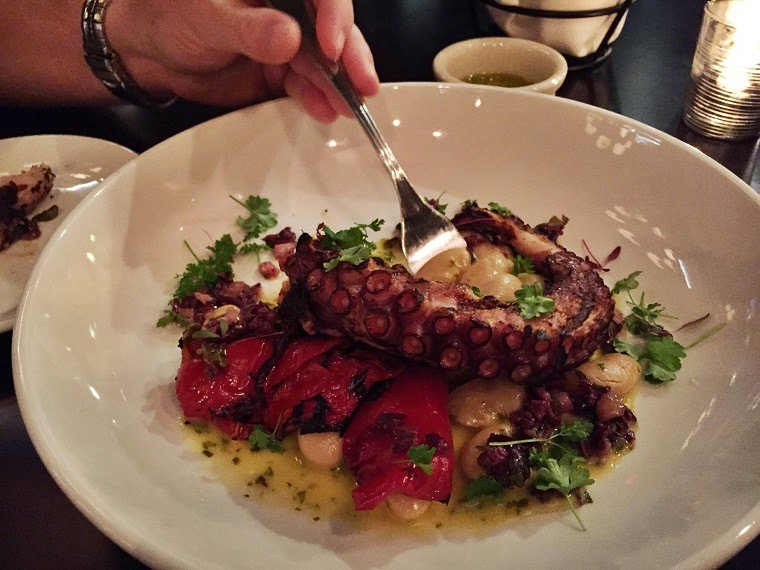 Fried pickles, on the other hand, deeefinitely my thing. 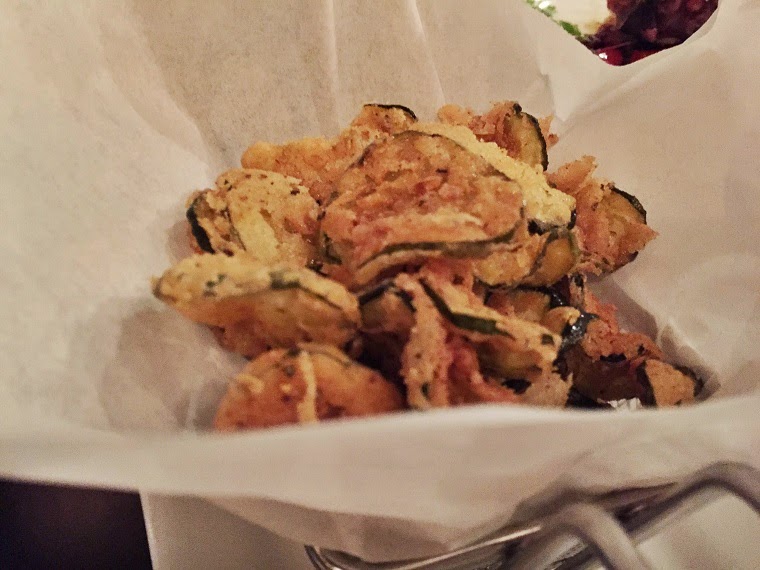 Along with wine. We all know wine’s my thing 😉 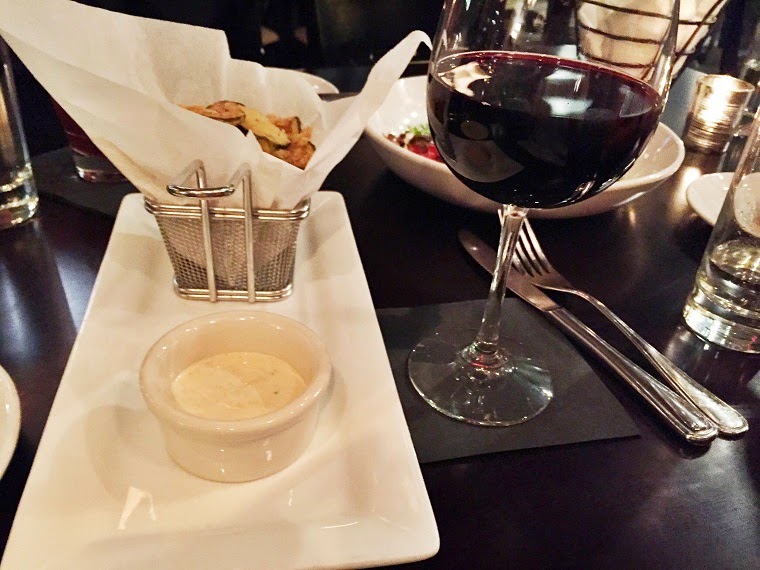 I ordered a Margherita pizza because I didn’t feel like ordering a steak again that evening. It was delicious and perfectly crisp. 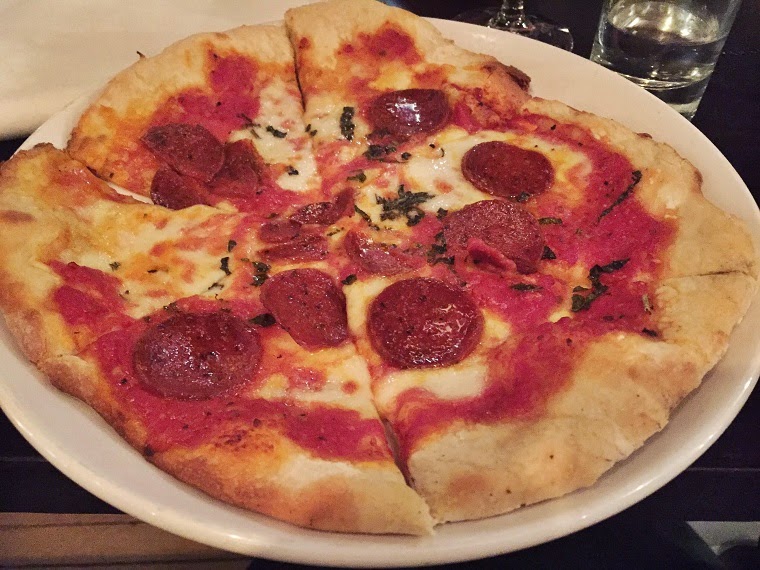 One of my colleagues ordered the beet and goat cheese ravioli. Although she liked it, she mentioned later it was definitely overcooked so keep that in mind if you’re thinking about the ravioli. 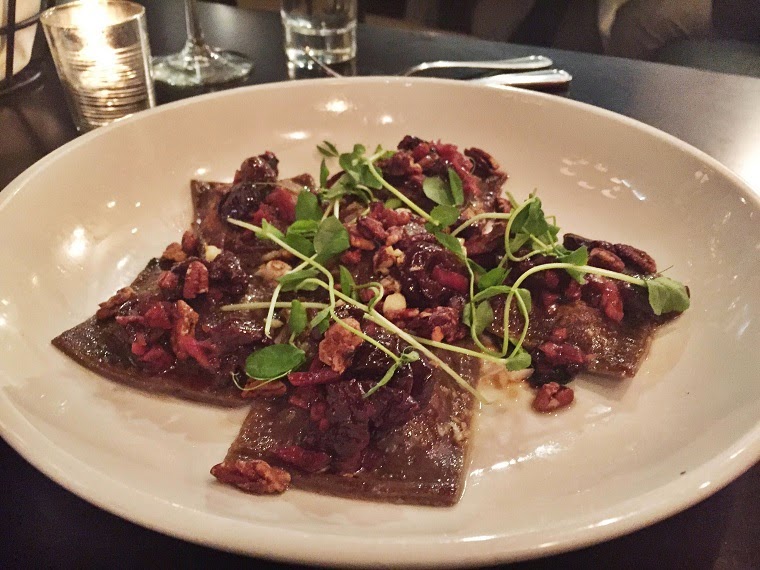 And the other colleague ordered fried chicken. Definitely the winner after trying a bit of each. 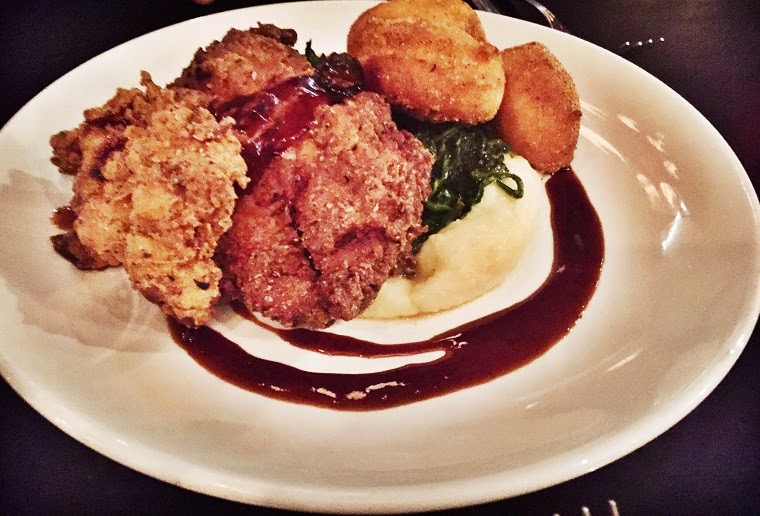 The next day for lunch, we were back at Legal’s and this time I ordered fried shrimp. They put some broccoli on the side to make you feel as if you’re balancing out the fried element.

Are you liking the food in Boston as much as I did? 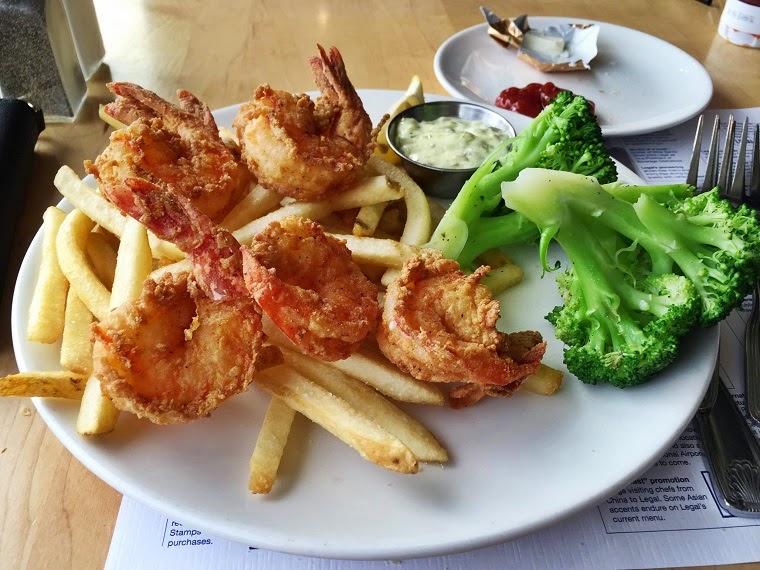 The last evening we went to a lovely event on the top of the Top of the Hub. 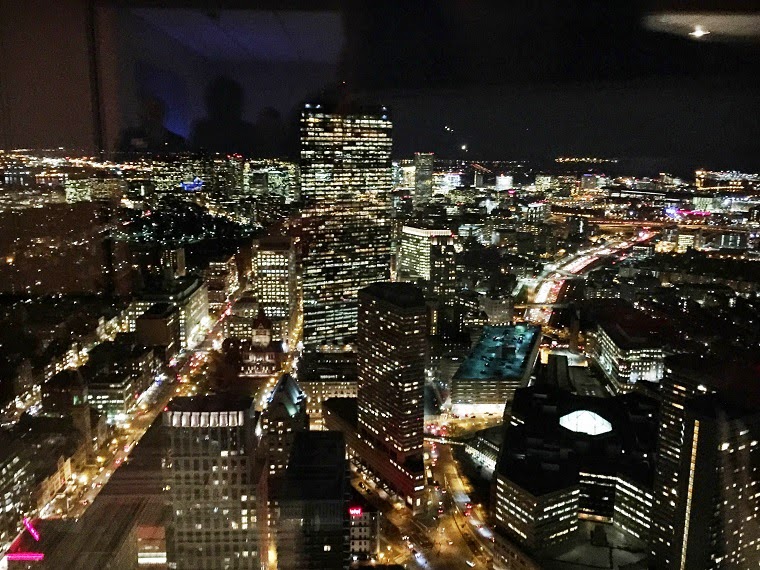 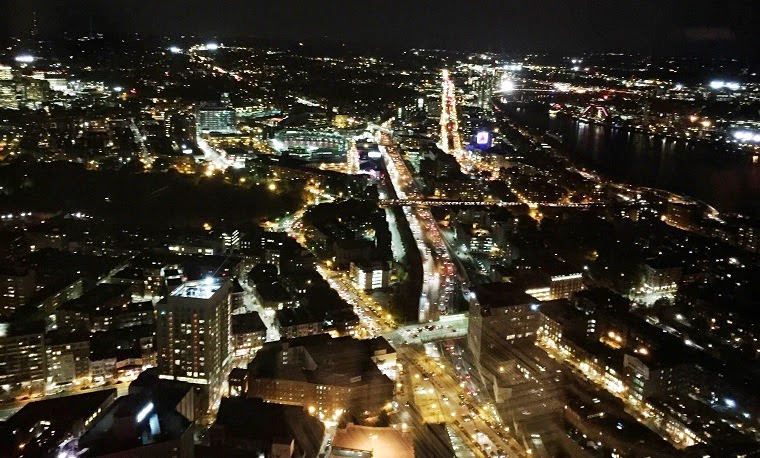 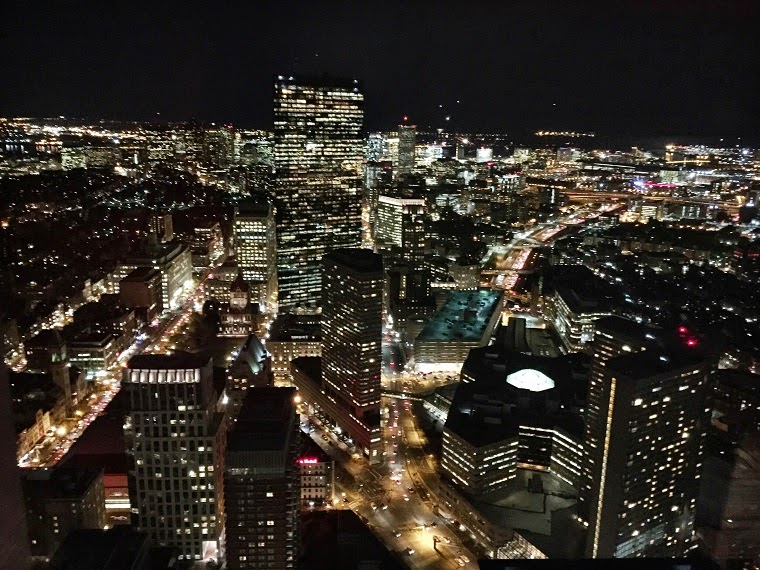 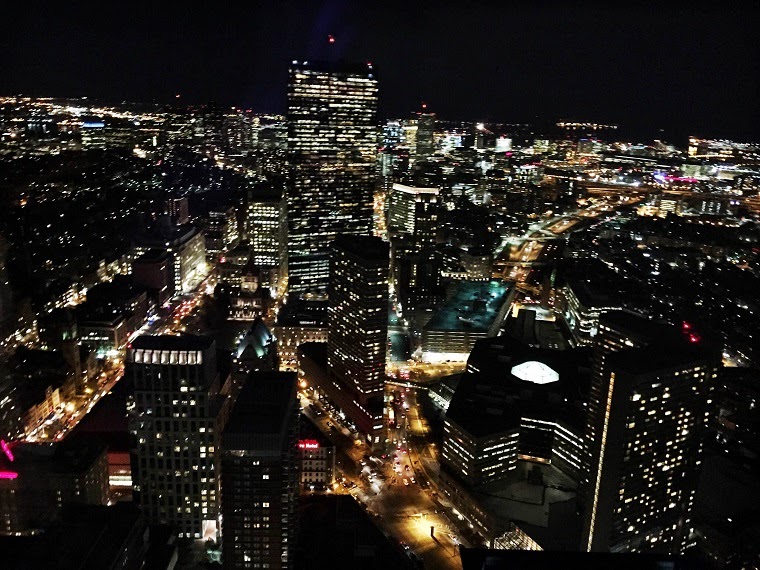 Thank you Boston for being so incredible. I will be back!