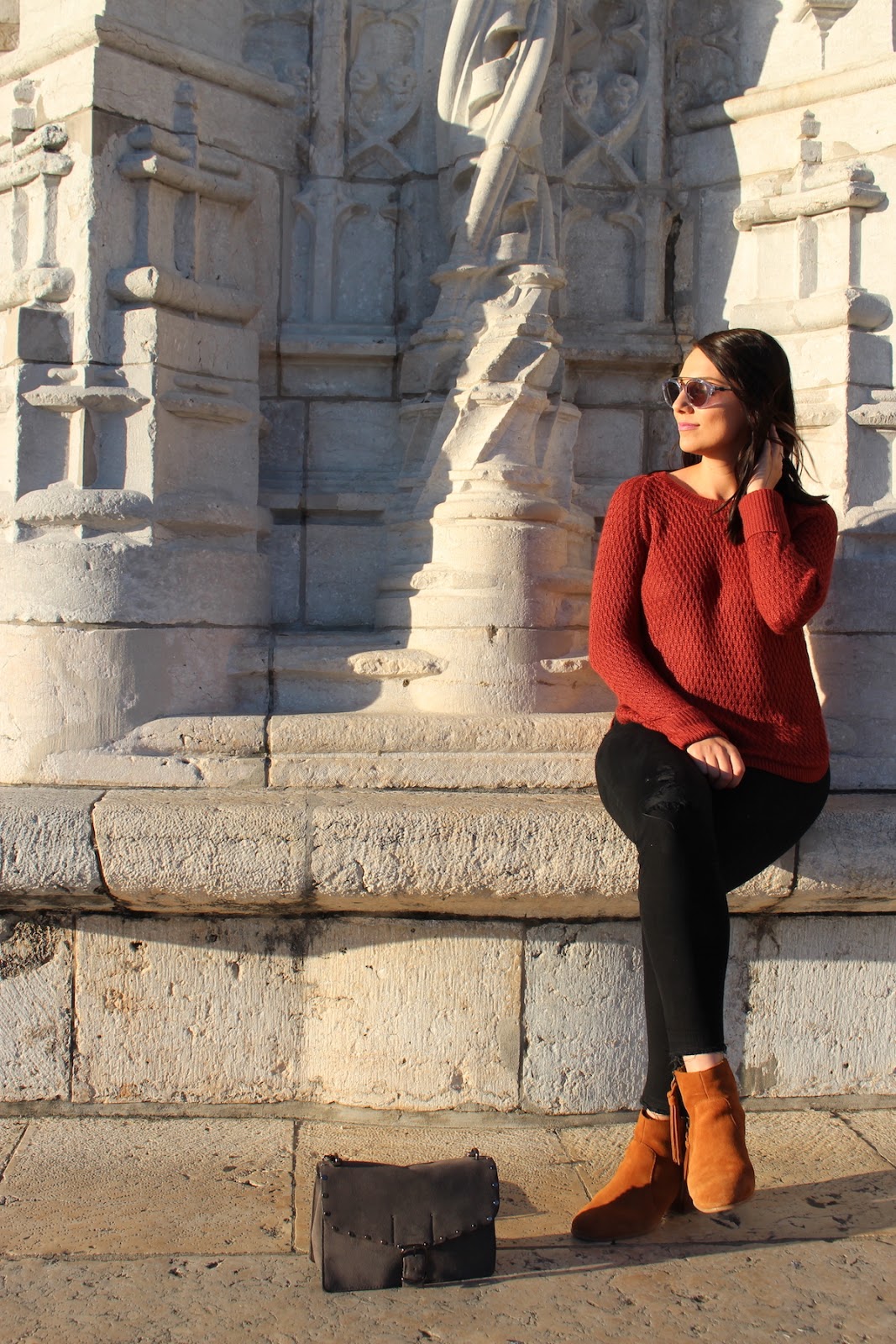 Now, I don’t mean the book you’re going to be reading on your next flight? Not that kind of book. This is an analogy, you know the one. We’ve all been told, at one point or another by someone in our lives, not to judge a book by its cover. Why do we still do it? Seems to be in our nature, because honestly I have the hardest time shaking it too.

In most situations, if someone is not doing their part professionally (whether it be blogging or my corporate job) my instant reaction is to think they’re lazy, incompetent, or just plain rude. That clerk at the store who clearly doesn’t want to be working. She rings up my purchases with a duplicate scan of the lotion I purchased. I tell her politely that she made a mistake, and she argues telling me she hasn’t. After some exchanges back and forth, she finally takes a closer look and realizes that she did in fact scan the same product twice. Although, she says the register made that mistake and she didn’t do that…even though I watched her scan the same thing twice. Her attitude was wrong from the get-go, but then she’s arguing with a customer who is clearly right! In this scenario, I would classify her as rude and perhaps I would think she was just having a bad day. Most of the time, each of us would leave the story thinking “what an awful person, she treated me so poorly” and some of us may even say we’d never go to the store again!

The reason I bring up this topic is because I have put my foot in my mouth on a few occasions  and even as recent as this week! I was reminded yet again, not to judge a book by its cover.

Why is our instinctive reaction to do this? In an article I stumbled across from Psychology Today, it reads “women can tell which men are interested in children and which are not, simply by looking at them! Men who would make good fathers look like they do, and women can tell just by looking at them.” Of course this is one explanation in a specific instance and it comes down to simple biology. But regardless, we do judge books by their cover and we honestly do not even realize we are doing it most of the time. I certainly didn’t, until I talked through a scenario and then got an explanation for the behavior I was witnessing.

The reason this stuck with me is because I spread positivity, but I also spread negativity from time to time. If I dislike something, or I’m having a crappy day, or I’m just in a bad mood, I do tend to spread that energy. How others perceive me is up to them, but I don’t want to be the grouchy clerk and I don’t want anyone to think my cover sucks. Not only that, but more importantly we really do not know what someone is going through at any single moment. There’s a plethora of reasons they could be having a bad day, a bad week, a bad month.

Their dog is sick.

Someone in their family has passed away.

They’re fighting with their significant other.

They have a migraine.

They got no sleep.

Their children are sick.

Their mom broke her hip.

Although I’m not saying that anyone has an excuse to be blatantly rude to you, at any given moment, I am saying that we can show compassion and understanding when someone APPEARS to be a certain way to us, because in most cases we don’t know the back story. So who are we to judge? We don’t know what’s going on with them.

No matter how small or big your audience may be, I encourage us all to spread positivity and remind people to take that extra step when deciding to judge or label someone. I hope that at least one of you will be reminded and inspired to start fresh and make every single person you encounter tomorrow, and the week and month after, feel good. Let’s spread positivity, by not judging books by their cover.

Remember, the world will be a better place if more people are positive and spread positivity. 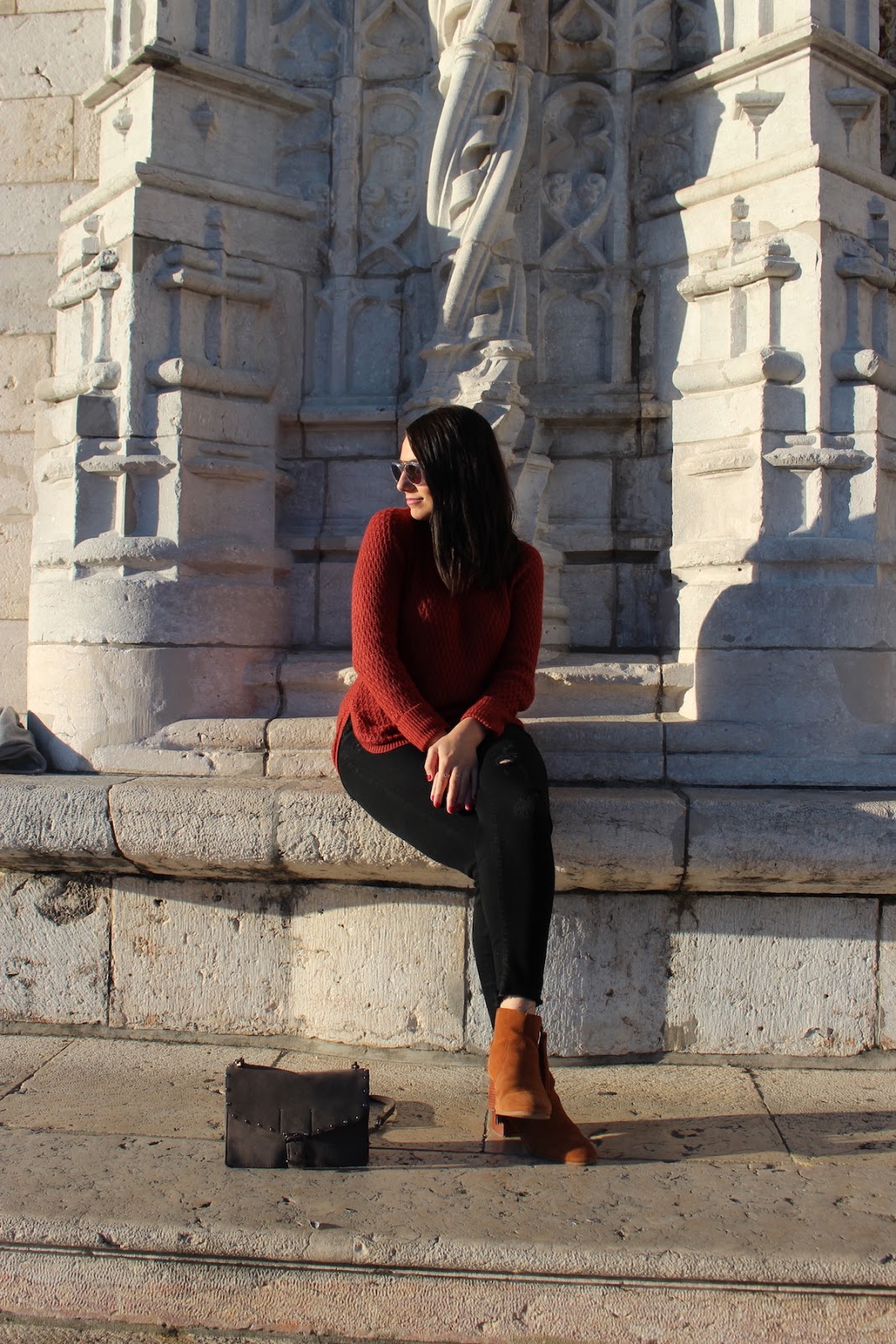 Ohh what a good topic, more than once I have met people who are not nice … and annoy … and then I think, maybe what happened, stress, family problems, etc. For the same I try to be positive, I’m not perfect haha ​​but I try to be positive in life. 💁🏻✌🏻️❤️ Kisses and happy start of the month! The year was so fast!😱🎄🎅🏼❄️⛄️

I can’t believe how quickly this year has gone! I hope you’re doing well. You know the holidays are my favorite time of year 😉 xx

Good topic! This is great picture that’s why i always positive no matter what.

Being positive is important for mental health, and I always like to motivate people around me and not put them in a mood! xx

Thank you so much for sharing this. Staying positive is sometimes hard to do, but I attempt it everyday. Love the outfit and your pictures are amazing! <3

Thank you so much Wren, I’m so glad you like the post + the photos. I’m going to disperse all my Portugal photos amongst a few posts since there’s quite a few topics I want to chat about in the coming weeks. Hope you had a great weekend! xx

It’s a good reminder to be kinder to one another because we don’t really know what the person in front of us is going through. A little sympathy never hurt anyone. This is such a good post!

This is a great post that I hope becomes very popular. We never know what goes on in other people’s lives and we shouldn’t judge.

I appreciate the kind words Marcia! I always need to remind myself that I have NO idea what is going on in someone else’s life xx

You’re so gorgeous! Your outfit i like that! This is a great pictures and i really like this topic. Thanks.

Thank you so much, you are so kind. I really liked the topic too, because I have a hard time staying positive and not judging myself! xx

Great advice. Be positive and send out positive vibes to all. Love the outfit. Something I would enjoy wearing.

I agree with you about people labeling other people by their first encounter with them or even multiple encounters, such as at work! We do need to give people a break and be more positive and spread it like wild fire!!! But, when it happens over and over like at work…What do we do then?! Idk just maintain our positive self and be a great leader I guess! Great blog

I have always tried to live by that mantra! Sometimes it can be a lot more difficult than other times but I always try and make sure to get to know somebody before I do anything.

Yes, and you seem to be doing it better than many of us because I honestly don’t even know some of the times when I’m doing it until I am! xx

You really never know what is going in someone’s life. Sometimes they are having an off day, while other times they are struggling with a personal or family issue. Instead of judging anyone, try and be kind and positive, it can make all the difference.

Exactly! Preach it, because that’s exactly what we should be doing! xx

LOVE this post. Such a good reminder – I always find myself “judging a book by its cover.” Thanks for resurfacing a topic that will never NOT be relevant.

This is the truth, because we all have a hard time not judging (for the most part) but it’s good to be reminded and try to scale it back! xx

It is an old quote..wise people said it numerous times, but we always judge by book’s cover, and sometimes by its content also. For instance, salesmanship is all about making a fascinating cover. We “homo sapiens” often forget the different between a living being and a non living object. Maybe this is why we hurt people and care more about object. We just need to try to be more positive and accept people as they are.

What a great perspective, and something I didn’t think of before. We seem to forget the difference between living & non-living, no doubt about that. Appreciate your thoughts, thanks for stopping by!