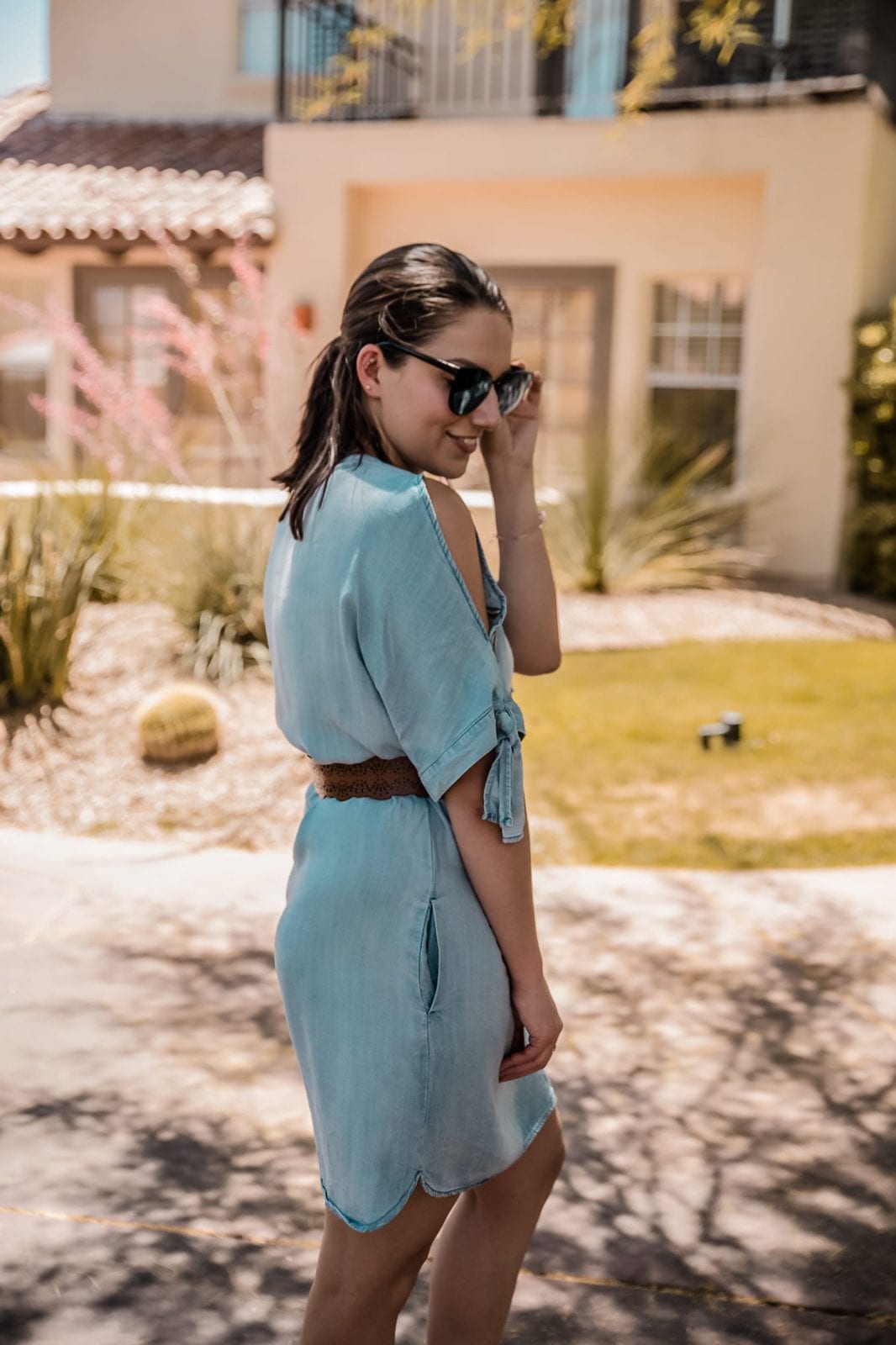 The most common question I am asked is how I grew on Instagram. More and more brands are wanting to know our backgrounds. How we got to where we are, and what advice we have. Over the past month, I have been attending a lot of events, and I've had the pleasure of answering questions for everyone about Instagram growth. I'm sure all the haters out there are going to read this post and expect me to say something like "I bought my followers" but that's not the case. Sorry to burst that bubble. Over 5 years has gone by since I started my blog, started utilizing social media to promote my posts and since I first started sharing my life. The biggest piece of advice I have is that I started off with 20 followers. My closest friends. My favorite was not even on social media back then, so it was just a few of my closest college friends. We all started there. I didn't start with 10,000. I didn't start with 1,000. It was a struggle to get more followers, but you persevere and figure it out along the way. The other thing I'll mention is that we all have our own growth plan; not everyone runs their business the same way. You are welcome to your opinion, but this is my growth path. Everyone's is different.

As I go through this, I'm going to give you a timeline so you can understand how I used every change in the space (and my life) to my advantage over the past 5 1/2 years. You must be adaptable, as things are going to vary depending on the situation.

When I first started in 2013, Michelle Phan and Zoella were the main two beauty bloggers and YouTubers in the space. No one was really doing it to the scale they were, and everyone knew who they were when it came to beauty. I decided to get on this bandwagon for two reasons. Ever since I could remember, I loved makeup. My mom had caught me applying lipstick when I was a little girl and I never stopped reaching for it. The second reason was that I wanted to share with others affordable products. I was in college, and I couldn't afford anything fancy. My thought was to tell people if they should spend $40 on a brand new eyeshadow palette, so my money working in retail was spent buying makeup. I despised trying on new clothes (we'll get to that story some other time) and all I wanted to try was different swatches of makeup on my arms.

This was monumental when I started because I had a niche. Beauty. It wasn't quite so saturated, and I was able to capture people's attention due to my honesty. Crappy palette? You'd hear it from me. I never said every single product I used was fantastic. Mainly because I could not lie to anyone like that. My friends would ask for my honest opinion (they still do) so I cannot lie. There's nothing I would hate than being led down a rabbit hole and being sold a crappy product, so I would never do that to you. Anyway, this is how I initially grew to almost 40,000 followers on Instagram. My epic white background images with beautiful makeup, combined with my honest opinion, were being accepted. It made me so overwhelmingly happy that people from all over the world were reading. 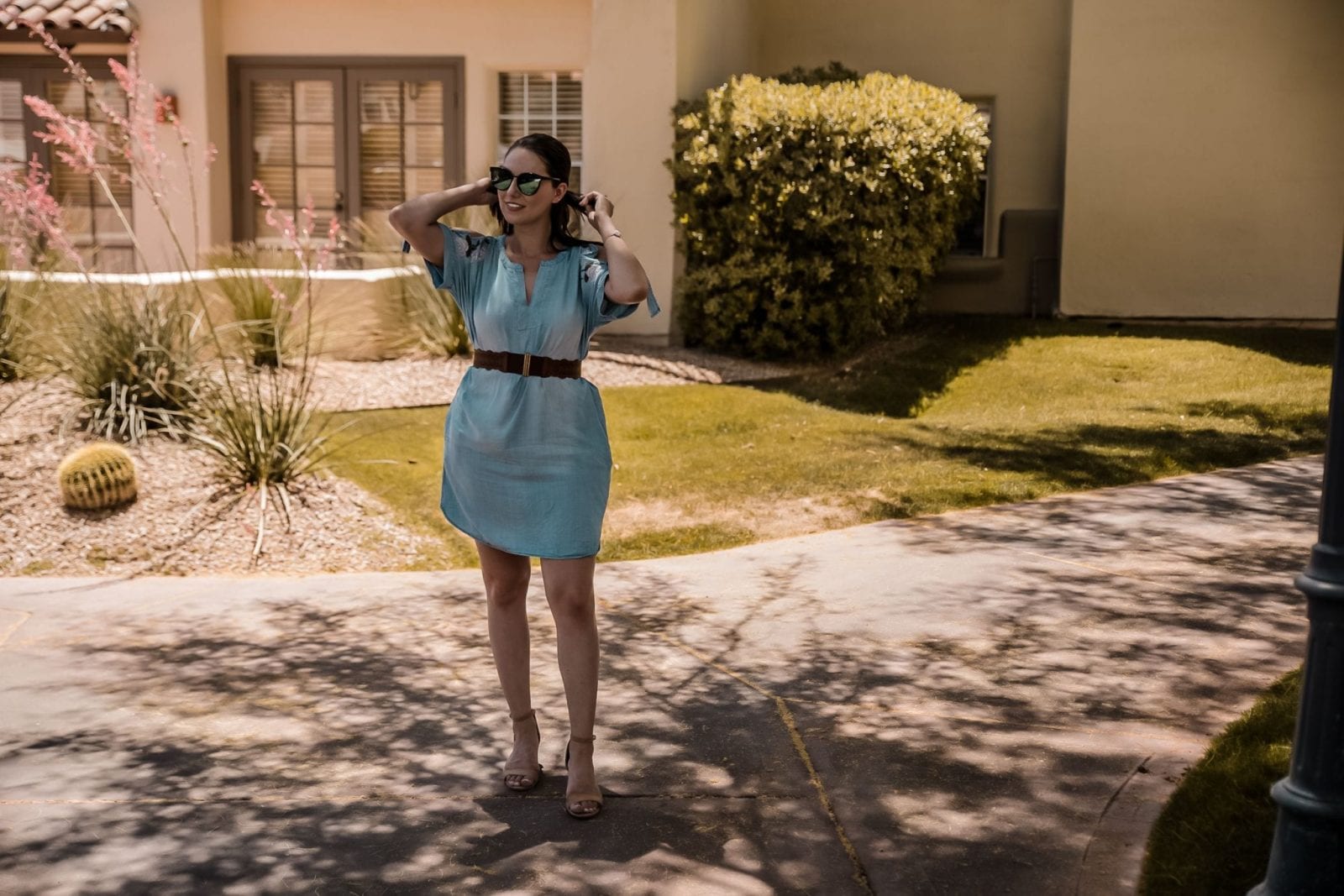 As I had gained 40,000 followers, I also ramped up my blog. At the same time, I was starting a brand new job and kicking off my corporate life which made it harder to keep up with my posts. However, with this new corporate job, I did a lot of travel. It was one of the seniors in my department at the time that told me I should add travel into my content given I will be doing so much traveling. Why not tell people what there is to do and see, in every destination I end up in? This made complete sense to me given I loved taking photos when I traveled and I wanted to share my experience with my readers.

When it comes to Instagram, you want to tag the location, tag the handle of the restaurant or hotel you're visiting, and then use destination specific hashtags. For example, if I visit Portland I would tag Visit Portland (the destination marketing organization), tag the location of all the places I post about (both in stories and on the feed) and then also use destination specific hashtags (#Portland #VisitPortland #PortlandOregon). All of these elements combined together are going to let your photo be found much more often than someone who didn't tag anything. This is how a lot of people started finding me for travel content. Not to mention, people LOVE when you come to their hometown, as we all have a sense of pride with where we live. We chose to live there for a number of reasons, and seeing people on Instagram in your hometown is gratifying, especially when the photo taken is inspirational.

At this point, I was close to 70,000 followers on Instagram. I was loving the audience, loved posting but I was missing the paid side of things. 3 years ago, someone with 70,000 followers was not getting paid. In order to get paid, I learned I had to get to 100,000 followers or more. That was the minimum requirements to be "taken seriously" by brands. Keep in mind brands were still learning they needed a budget for influencers. I was not getting paid a dime, even with so many followers across multiple platforms, let alone Instagram. For 3 years I put in money into this blogging venture and didn't make a dime. It was in fact a black hole of money, and luckily I had a corporate job to make this "hobby" stay afloat. This is one thing that always surprises me with new bloggers. You're not going to make money when you have 500 followers. My grandma has 500 followers. In order to be an influencer, you need to have influence over a large amount of people. Every brand is different, and some want to see 10,000 minimum, others need 100,000 minimum to even consider you. Keep this perspective in mind as you continue to grow, as it's important to understand this dynamic. 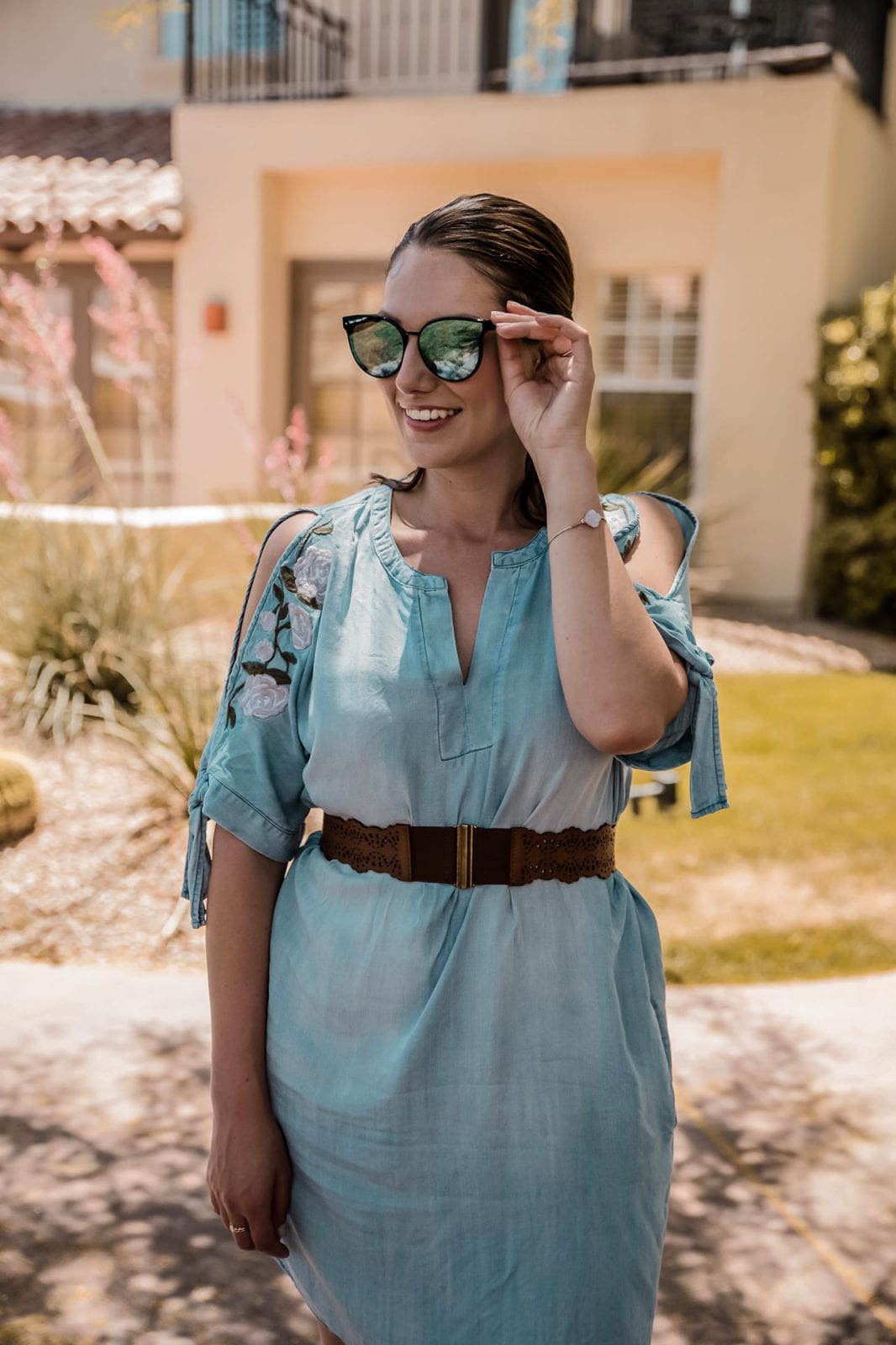 Here's where the blogging community can't agree. Are giveaways technically "buying followers" or are they a good way to grow and get more individuals who would genuinely be interested in your content? We all have our thoughts on this.

I am all for giveaways. 150%. This is the story of how I got to 100,000 followers and all the way up to 300,000 quickly. We're now up to November of 2016 within this timeline, and loop giveaways are back. They are better than ever, but they're expensive. I paid for one for $75 with a loop host (a loop host is someone who gets the entire loop giveaway together). I ended up gaining almost 20,000 followers with one giveaway! It was insane. The problem with giveaways is that they get addicting, so I joined several loop giveaways. Some gained 75,000-100,000 followers from all over the world. Sadly I had not signed up for those large giveaways because they were so incredibly expensive. $900 back in December of 2016 and the beginning of 2017 was insane. I realized I had missed out when everyone grew almost 100,000 followers and then got signed with Herbal Essences, Maybelline, etc. However, I did join some others so I gained 40,000 followers here, 10,000 followers there and even got close to 300,000 followers. I was over the moon. After spending a lot of money on giveaways for several months, I got over it. I've been focusing on smaller, more focused giveaways.

After my current giveaway with Helene from Helene in Between, I am not going back to these loop giveaways or large groups of girls. So many of you told me it is soooo annoying to have to follow 50 people. 2 people to follow is the way to go, so my biggest piece of advice is to do a BIG giveaway with just one or two of your favorite people on Instagram. This requires a large amount of funds for your own giveaway, but it's so much more worth it because you will gain a dedicated, more genuine group of followers because there's only 2 people to follow + you will gain the respect of your audience for giving them only one other person to follow. It makes such a big difference, and I can't even count how many of you thanked me for only making you follow Helene and not 40-50 others.

Now that this timeline has made it in 2017, I am getting PR boxes on top of PR boxes and it's a blessing. I began doing giveaways where I would give away a LARGE box of makeup, skincare and other goodies to one lucky winner. Easiest way to enter is just to be following me on multiple platforms. This is definitely something that gained me a lot of YouTube subscribers (yep, I have a channel that I've been neglecting for quite some time!) and it also gained me an amazing Twitter and Pinterest audience. Not to mention it kept my Instagram numbers growing. I love doing this because I love to share with those who support me. It's one of the most important things to me, and so I could never imagine a time where I didn't give back to my audience. Giveaways are here to stay, but I don't think the idea of following a ton of people is going to be the best way to do it moving forward. Not to mention, there's no giveaway you can do to get you 75,000 followers anymore. It's all been said and done, and those gains are not going to happen in the future.

In order to have people care about your content consistently, you need to give them something to care about on a regular basis. I love to spend time on Instagram responding to all (legitimate) DMs, responding to comments on Facebook. Not to mention responding to comments on the blog when I'm able and of course repinning content I love over on Pinterest. Same thing goes for tweets. I just love interacting with people from all over the world, and I find it's so incredibly important to engage.

When it comes to algorithm changes, Instagram is the best at making the changes without giving us a warning. Most people were so upset when the algorithm changed from most recent to "what you might like." Change is not always the best thing, but it happens quickly in social media. Things change at the speed of light, and one of the biggest things I've realized is that you have to adapt and you need to do it quickly. As soon as Instagram stories was available to me, I used it more than Snapchat because I knew it would beat out Snapchat. As soon as I had the swipe up feature, I used it when applicable. Same thing goes for IGTV. As technology goes through iterations, it's so important to try the new technology and get on board if you can. For some, making IGTV videos is not ideal but it will help others' accounts grow much faster as video content is taking over. The key is knowing the trends and how you can use them to your advantage and let them grow you further. It takes a while to be able to predict what's going to work and what isn't, but you will see a winning idea in tech after a few years of seeing so many different innovative ideas. Some ideas catch on quickly, and others sink. 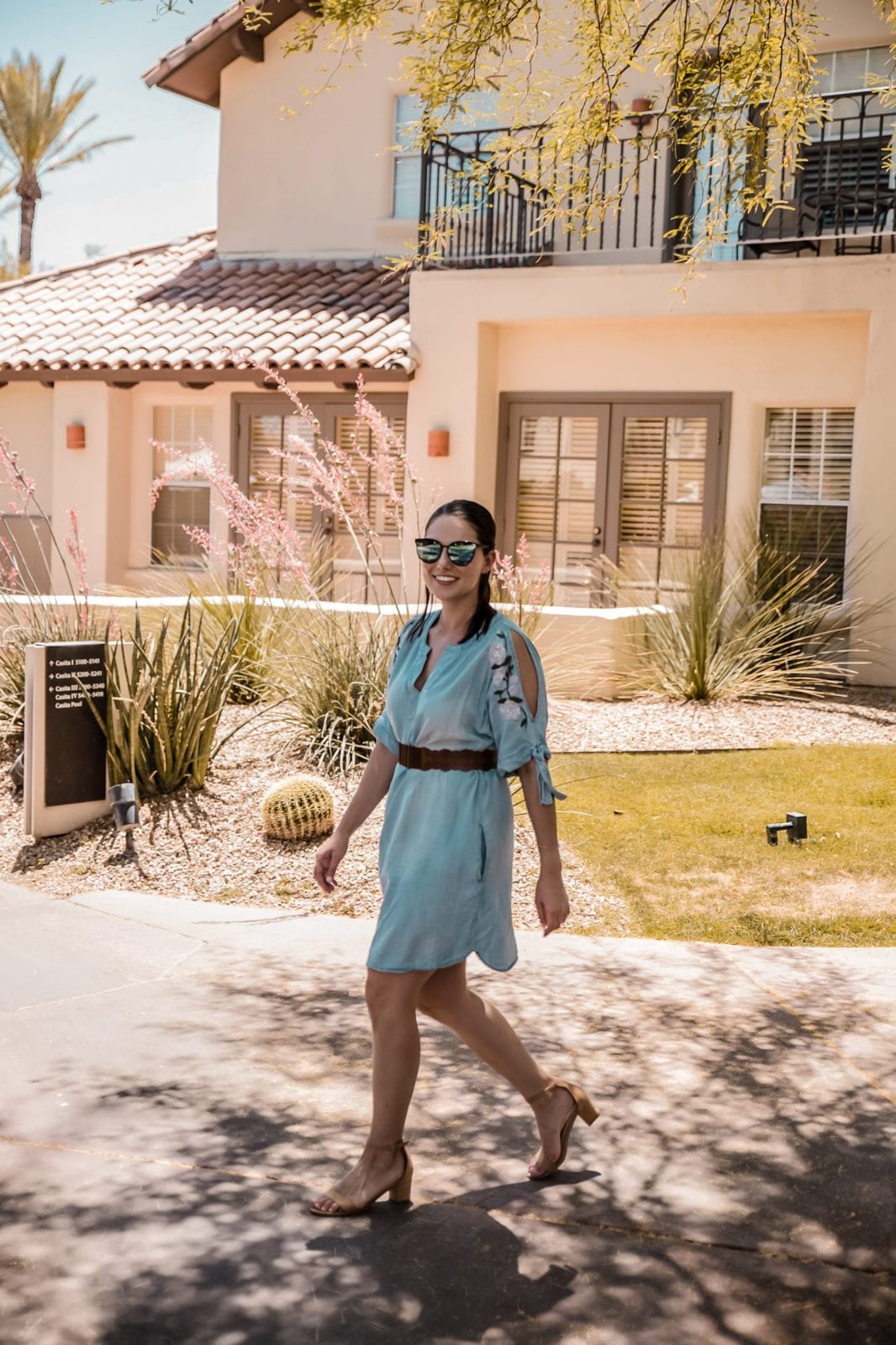 What have you learned over the years from Instagram?