Ekebergrestauranten (say that three times fast!) was lovely from the get-go. 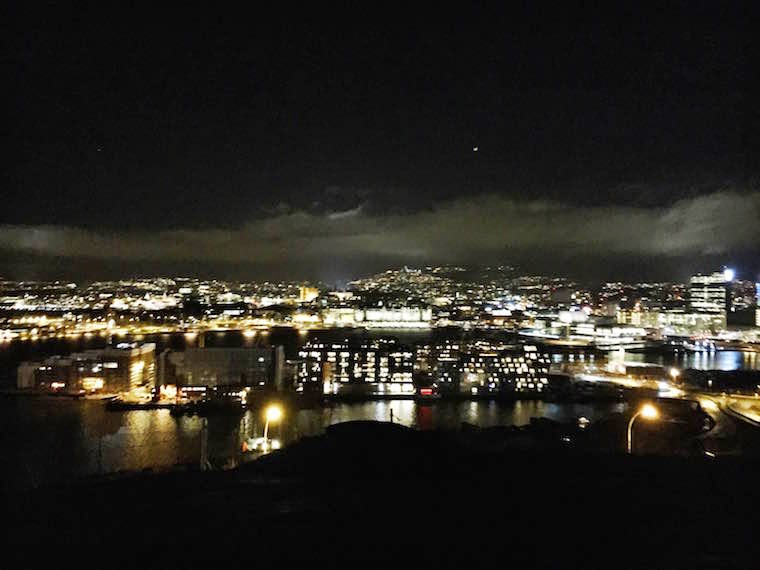 On our first adventure, I left you in Bik Bok which is a local clothing shop. After we quickly made our purchases and went back to the hotel to spruce up, we set off to that evening’s dinner plans at a lovely restaurant on top of Oslo’s hill. 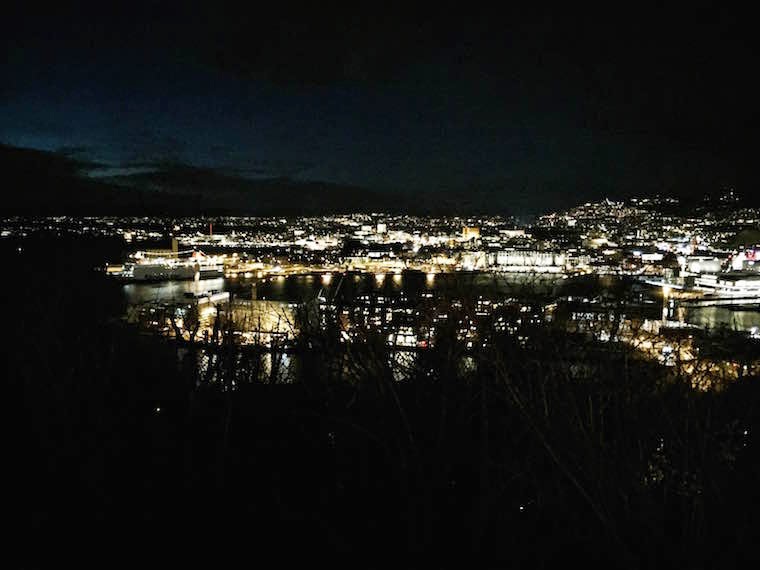 Now with our several course meal, we were served a glass of wine with each course…and as you can see I couldn’t keep up (surprisingly!) 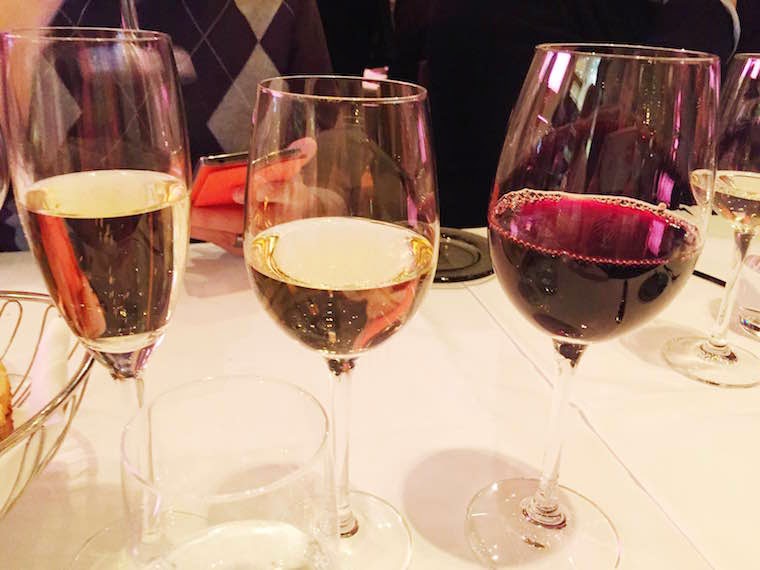 Feast your hungry eyes on this beautiful beautiful dish. The most incredible rare deer you’ve ever set your eyes on. I have to admit this was my first time trying deer, and I was hesitant but certainly for no good reason because it was delicious. It was placed on top of a potato puree with a crispy potato in the background which was cooked to perfection. Looking at this picture makes my mouth water because it was so delicious and so outside of my box and it was awesome trying and loving something new! 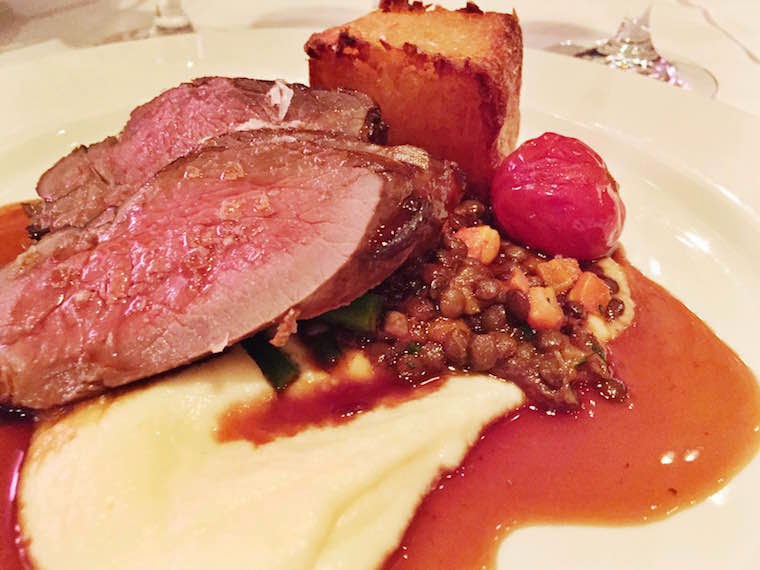 Now cheese is definitely a ‘thing’ in Norway because there is cheese with almost every meal. It’s delicious, flavored well, and always exceeded expectations. To be quite honest, I could’ve gone for a whole other plate of these delicious cheeses! 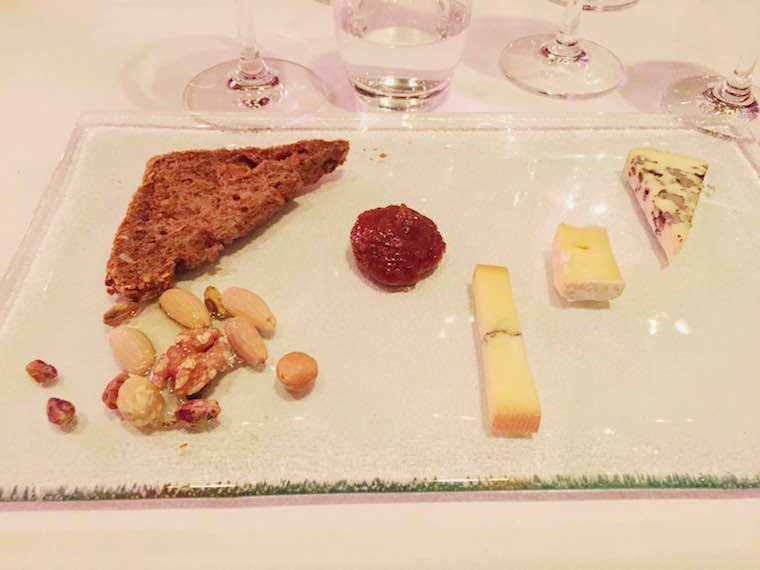 Although the dessert was extremely fruity, I was a fan of how different and experimental it seemed to me. There were fruits and sauces mixed that typically would not be mixed, but everything blended well. Every bite of this cheesecake was flawless. 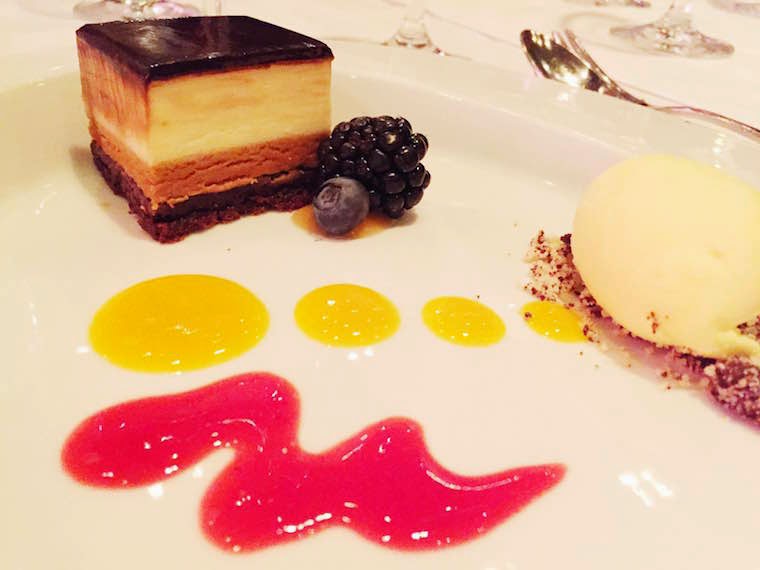 After we finished off all the wine and food (eating is one of my favorite hobbies, can you tell?) we went for a walk through the park surrounding the restaurant: Ekebergparken. There are many lovely art sculptures throughout the park, but not all of them quite so visible at night. Two that stood out to me were this levitating women & a sculpture in the shape of a heart. If you have a chance to explore, I suggest doing so because there is a lot to be seen. 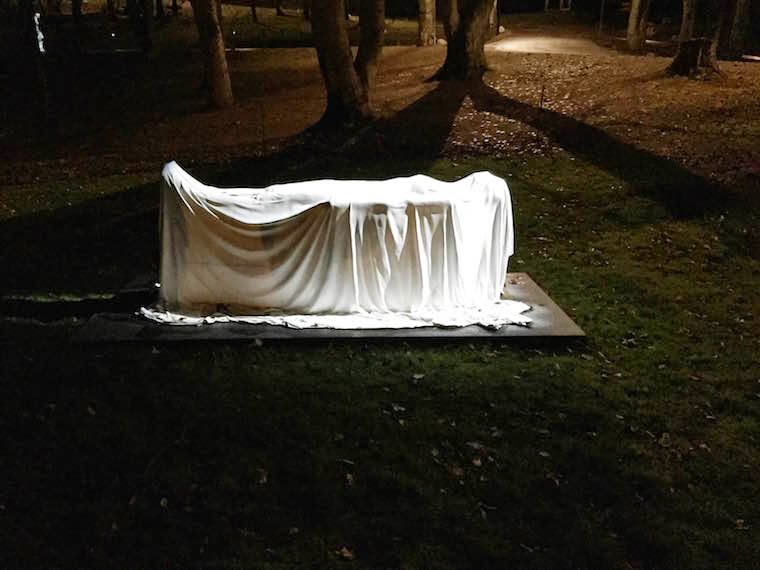 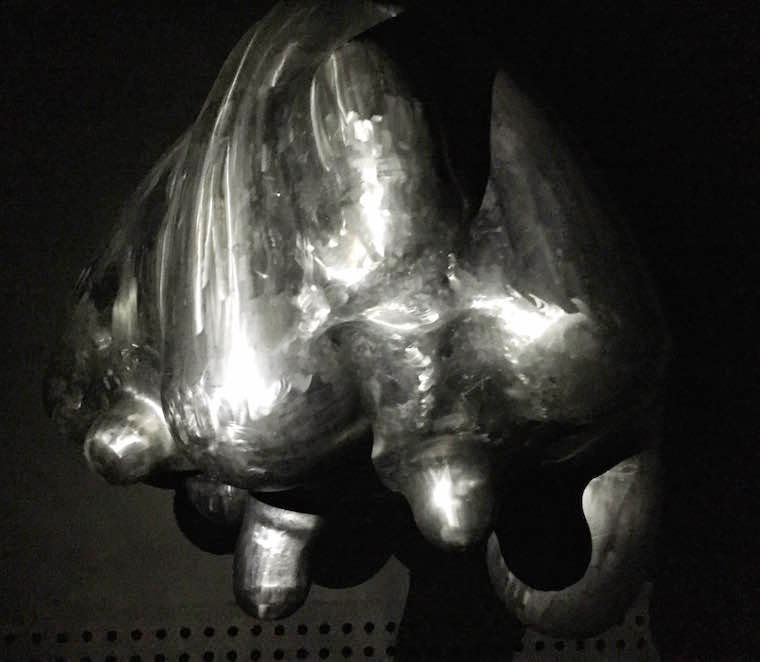 After taking that brisk walk through the park, we took public transportation back to downtown for a few drinks at a local spot. I was exhausted already (jet lag seems to hit you like a wall of bricks) so I didn’t care to stay out too late. 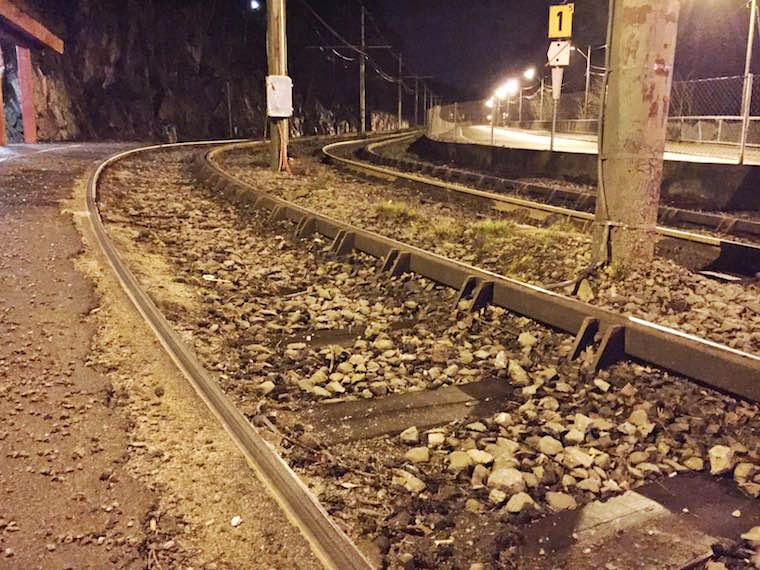 After some sleep and a day of meetings, we were off again for the evening. Remember that there is only about 6 hours of sunlight in Oslo so much of the day is dark. 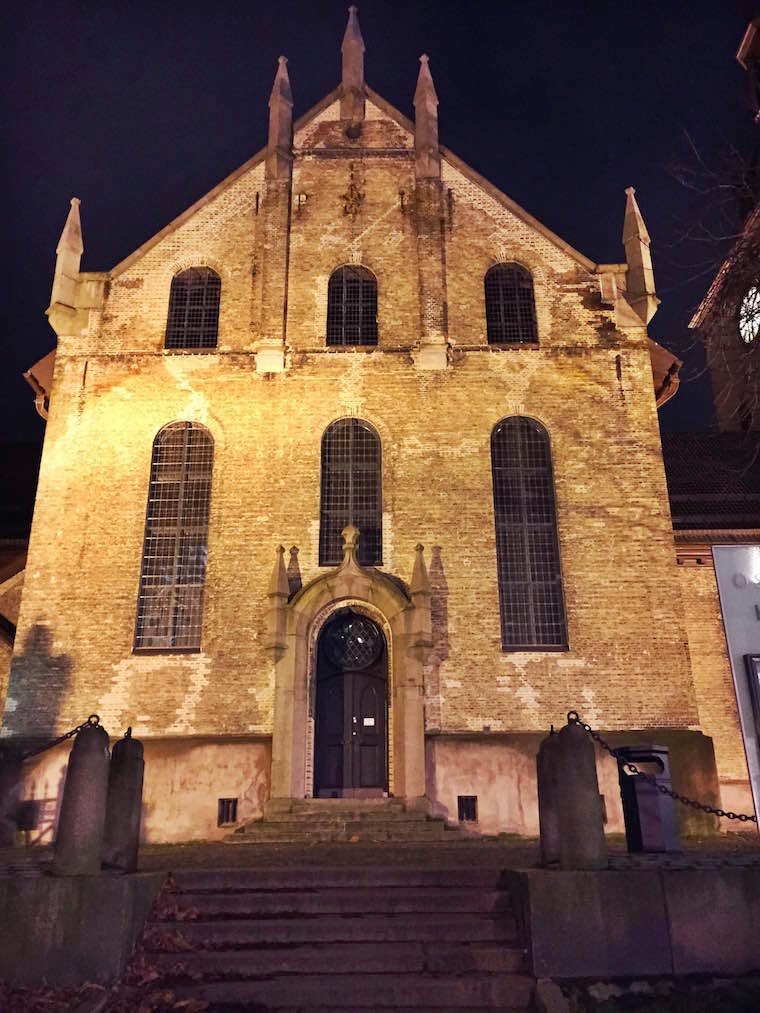 We walked by a Presbyterian Church which looked so ancient and stoic in comparison to the rest of the buildings so naturally I had to take pictures of it. Lovely sightseeing. 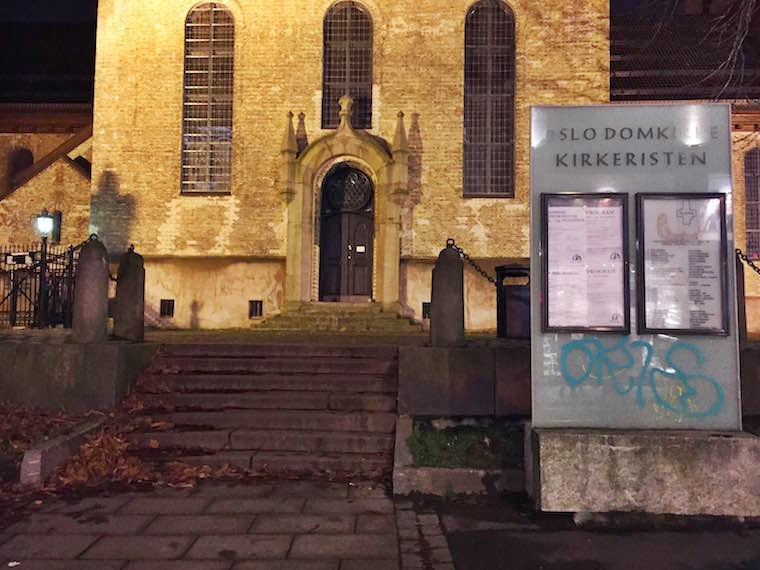 During our journey to our two hot spots for the evening, we walked through history. 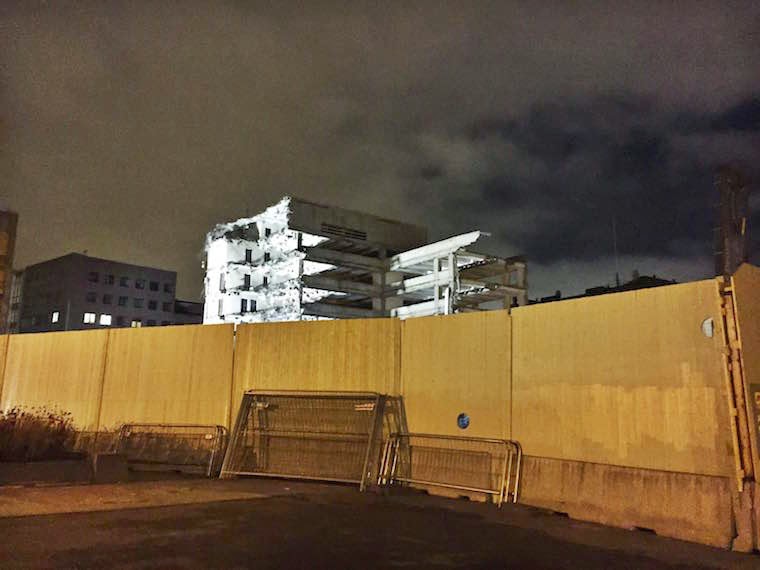 If you recall several years ago (2011 to be exact) there was a a terrorist attack that included a bombing in downtown Oslo and then the terrorist went to a nearby island and killed 69 young children. If you’re interested in learning more of that history, you can read more here. It was interesting to see where parts of this tragedy occurred. 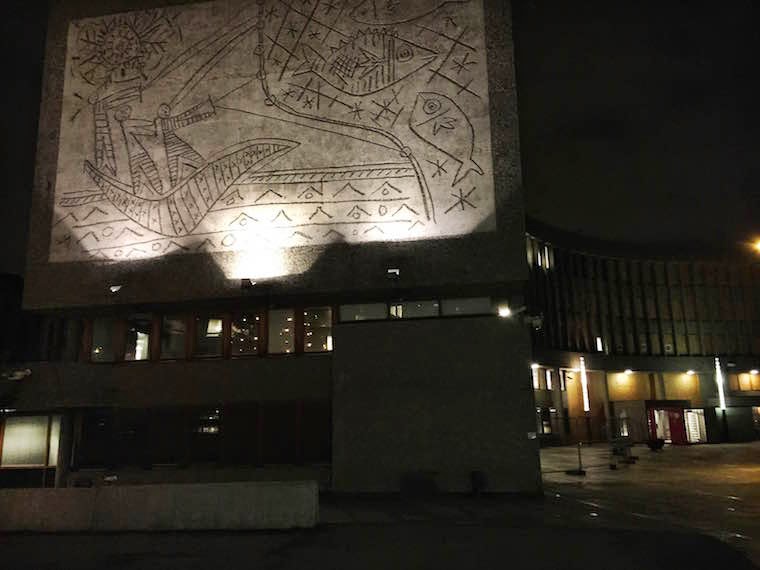 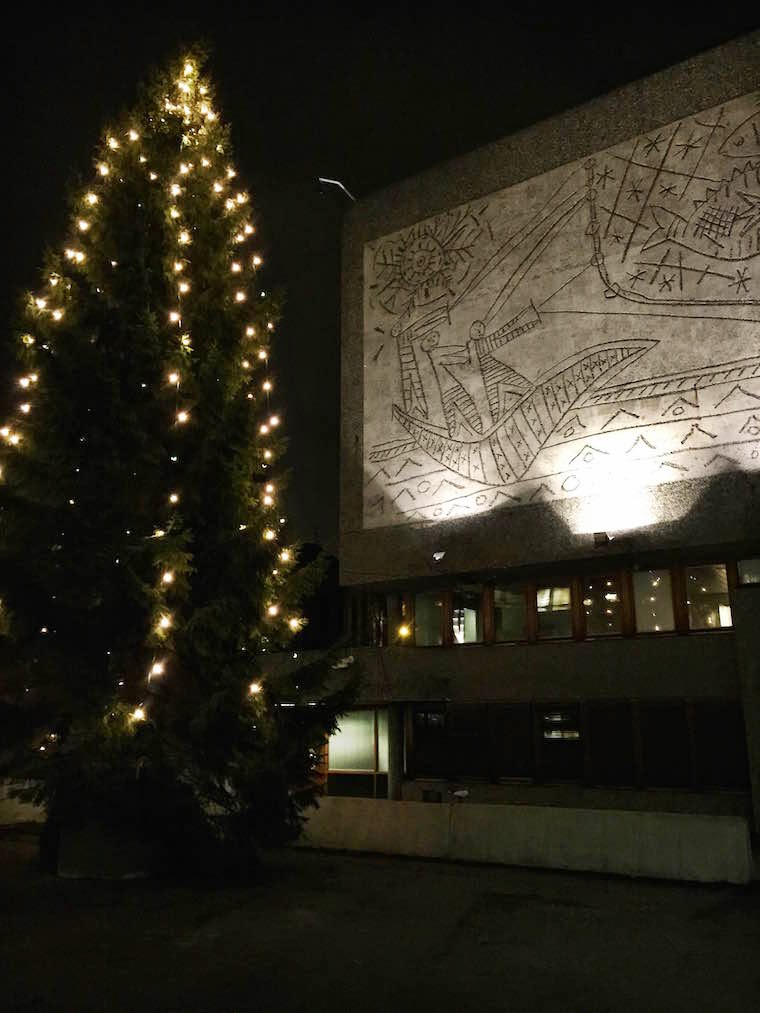 Another tidbit of info here is that these glass news stands used to be updated and have each days local newspaper, but after this tragedy this ritual stopped. In order to honor all those that were lost, the city decided to “freeze time” and have the newspaper describing the tragedy and the lives that were lost. Also when you get in closer you notice that the glass is shattered and that is due the the downtown bomb’s explosion which shattered the glass. 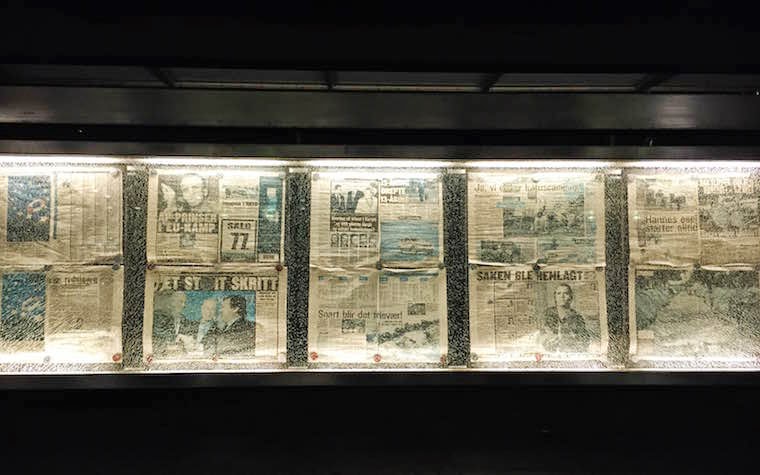 Another interesting bit of info is that there is a building with a Roman numeral clock across the street from the news stands, which was a convenient clock for people walking to and from work. However, the clock has also been frozen in time to the minute the bomb exploded downtown as another symbol that “time is frozen” due to this attack. It’s was so eye-opening to hear about everything and see it. Touching to say the least. 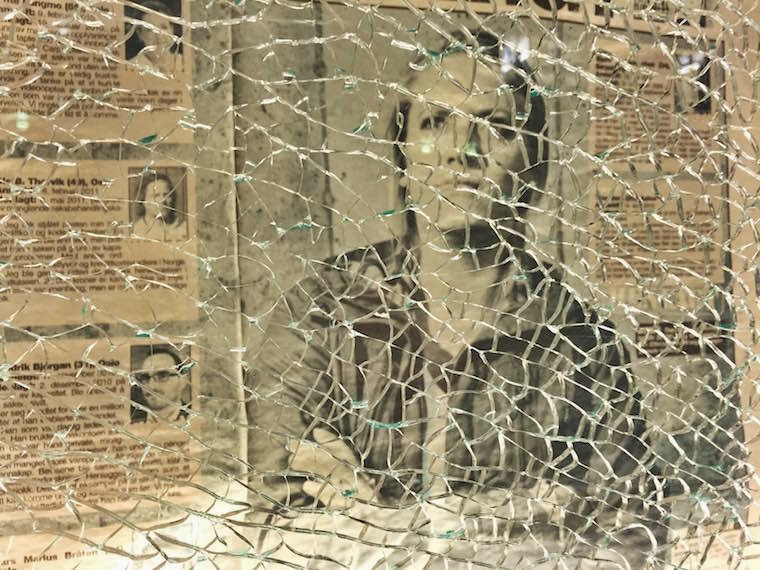 Tomorrow I’ll show you some of the lovely art at the Natural History Museum so stay tuned!

Share on TwitterShare on FacebookShare on LinkedInShare on Email