You’ve heard of the Vikings, yes? 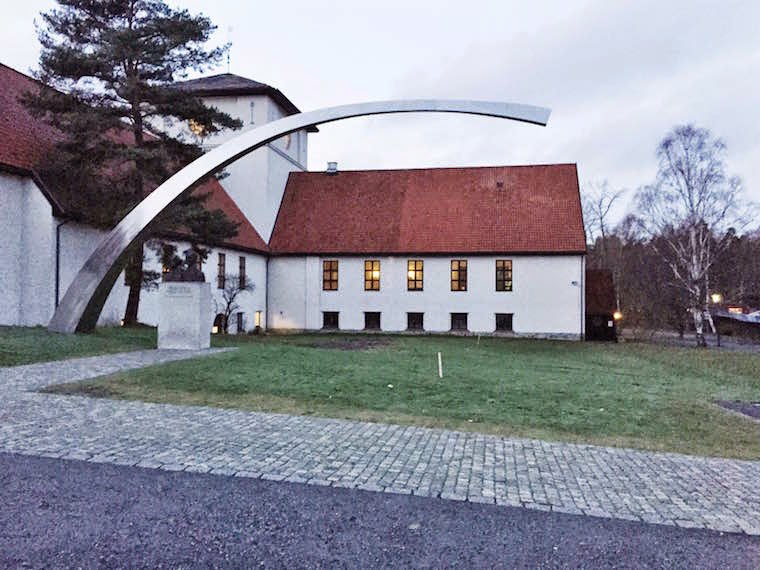 Well our next stop was the Viking Ship Museum. We only had a few minutes as we got stuck in some Friday evening traffic so I snapped a few quick ones before the museum closed. 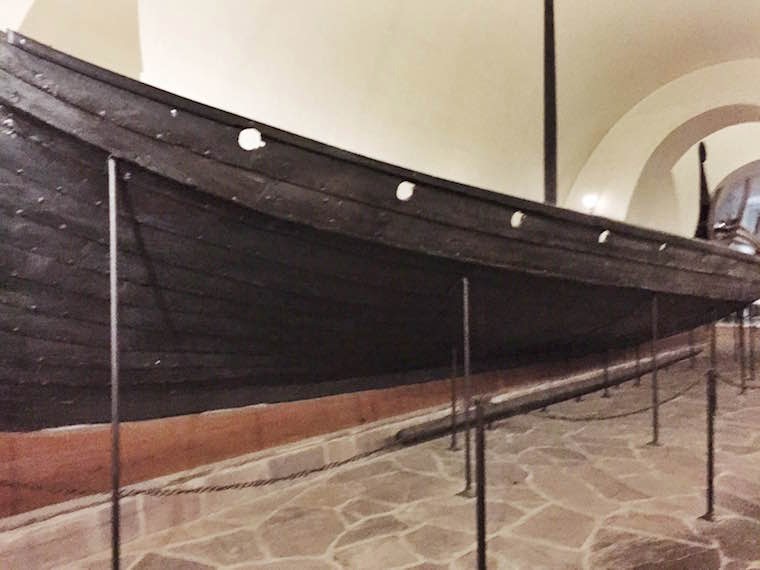 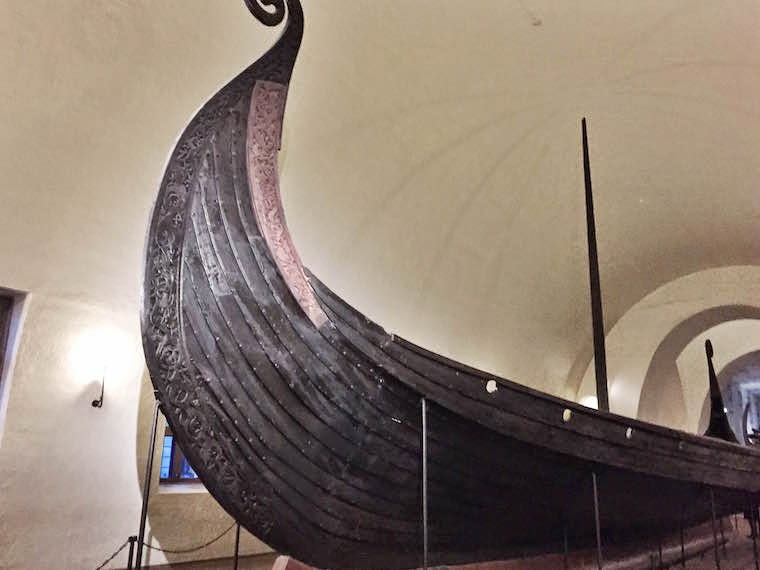 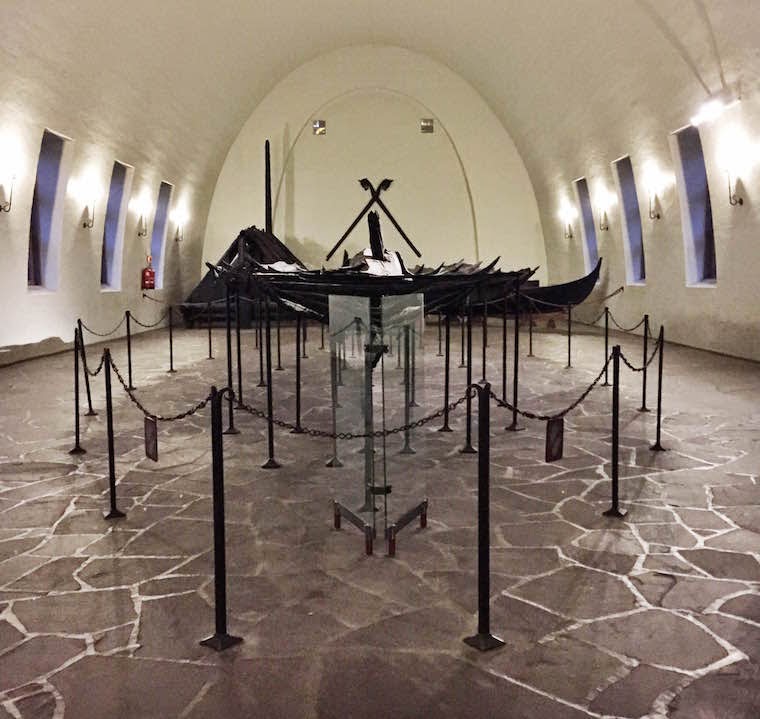 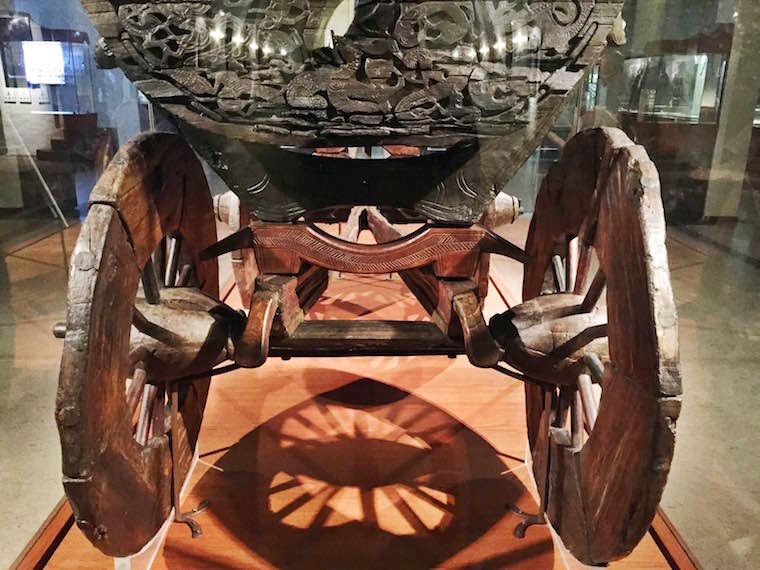 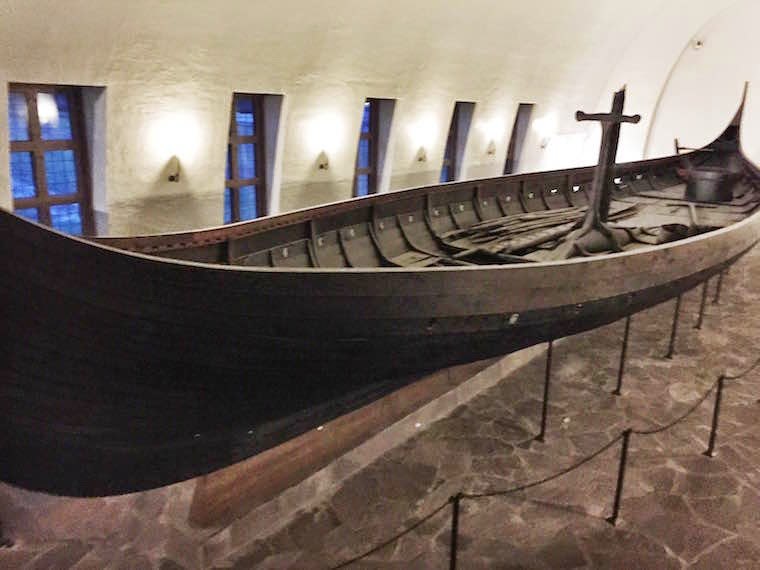 One thing that really blew my mind was when the tour guide said it took two men one year to build the Viking ship. I was completely blown away and fascinated because that seems like an incredibly difficult task for two men in one year. Wow! 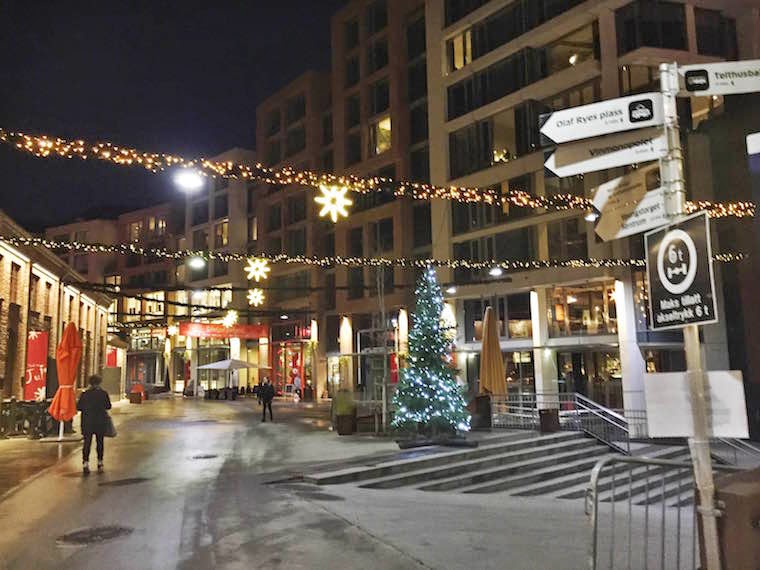 Our next stop was the Mathallen Food Hall, which is a fairly new concept for Norwegians. They aren’t 100% sure it will be totally successful, but it’s essentially what we would call a food court. Except it’s not an American food court, it’s a food lovers’ food court! 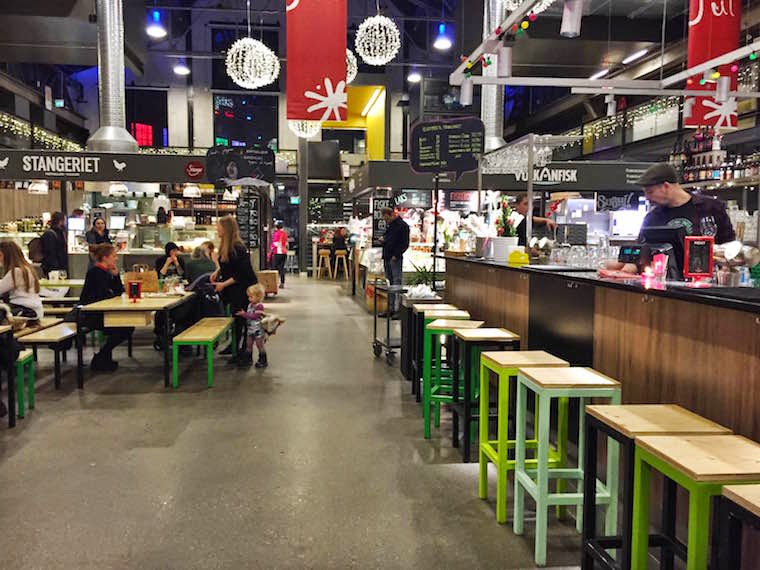 One of the first things we decided was some fresh made cheese plates. The cheese expert cut up the meats and cheese quickly, but I was able to catch her in the moment. 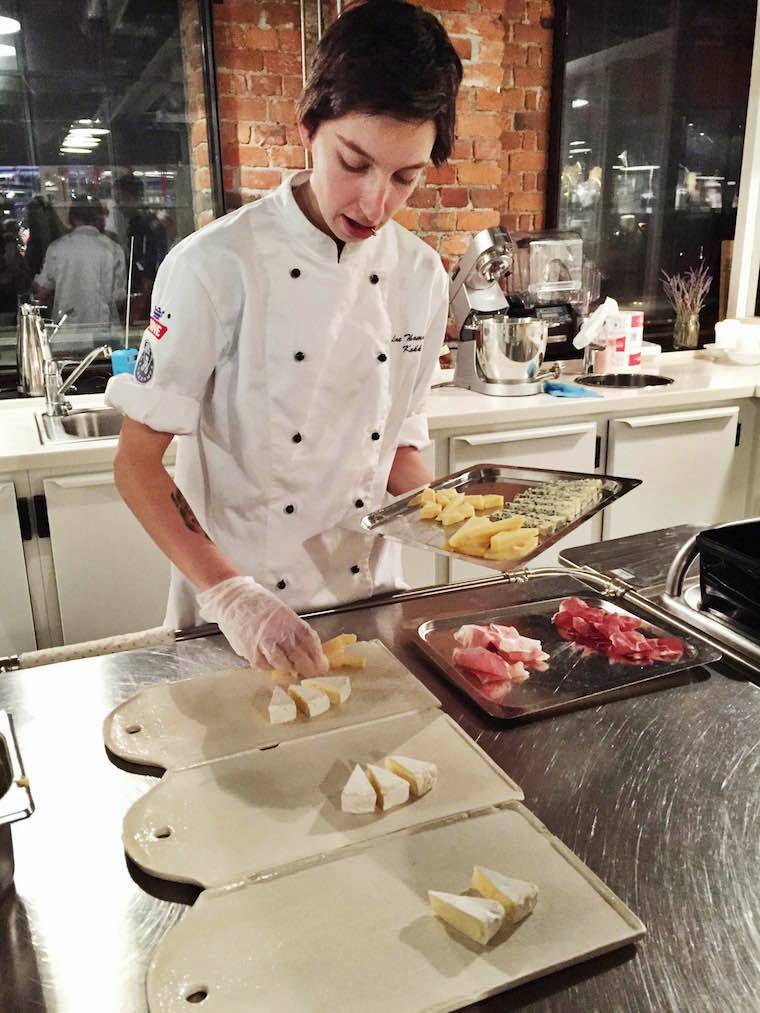 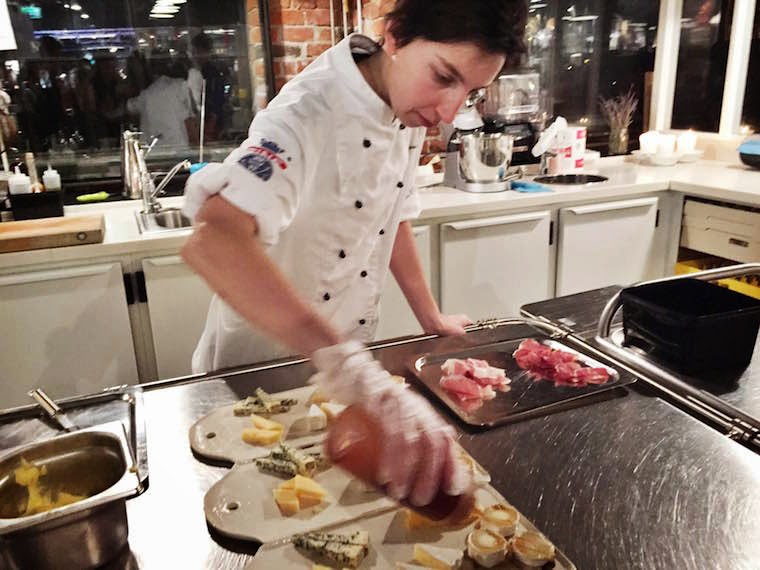 The end result was a lovely and delicious looking plate with five types of cheese and two types of meat. 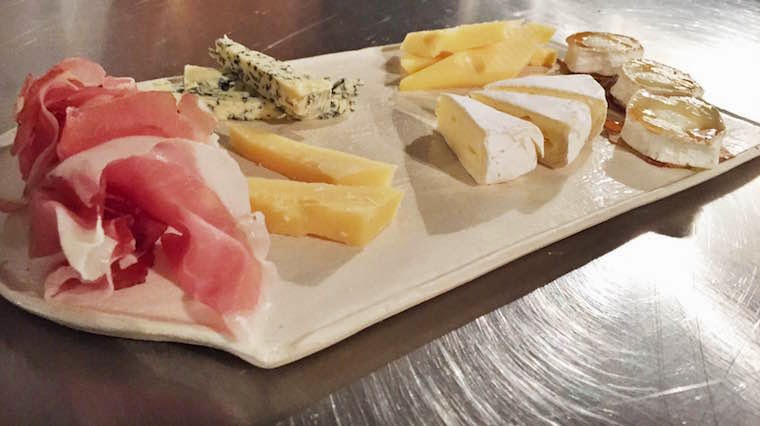 Along with some delicious white wine…and we were set for hours! 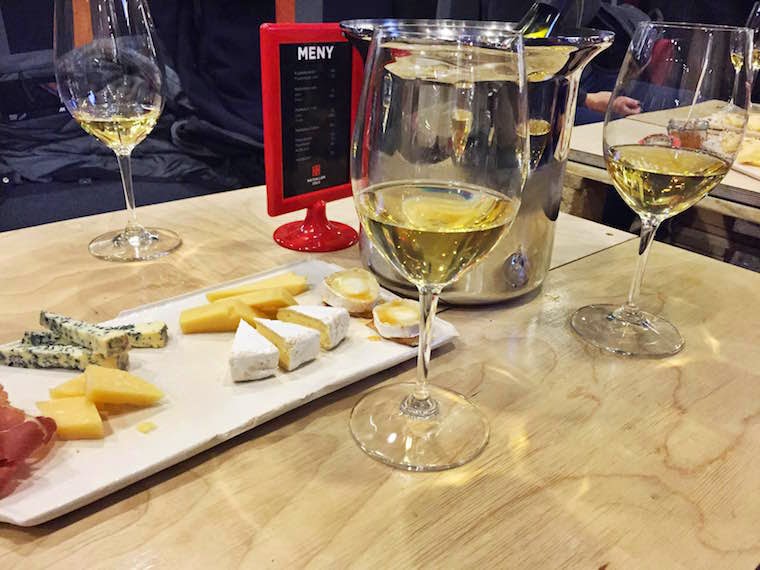 The food hall had so much delicious and authentic food to offer. Because we were there on a Friday, many of the actual farmers were in their shops so we had the opportunity to speak to some local farmers and hear about their techniques and what they grow. It was a very nice and unique experience. 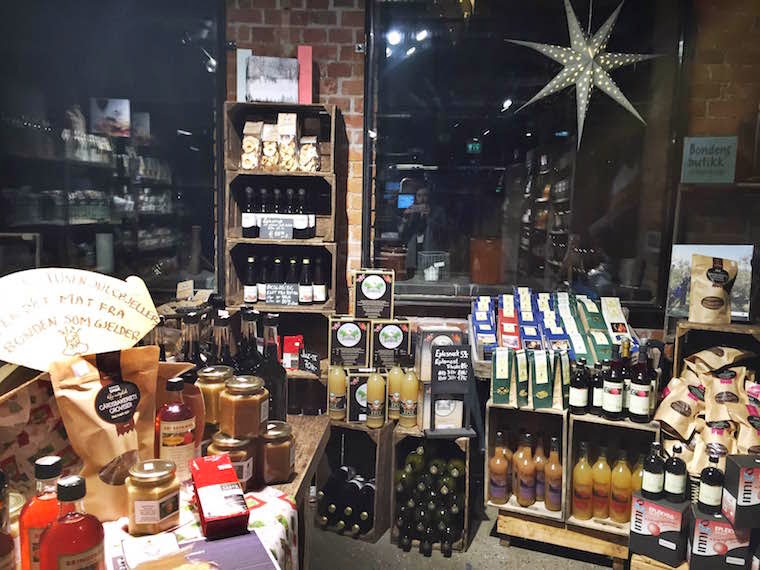 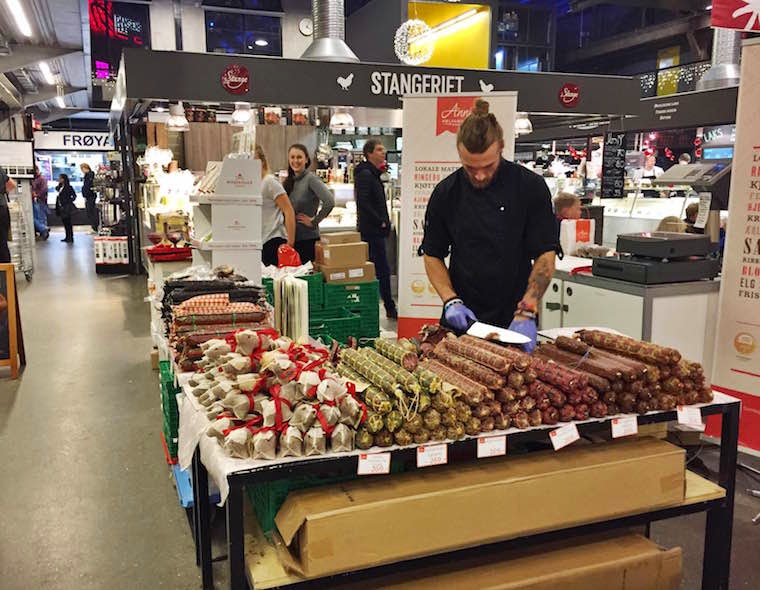 By authentic food, I’m talking things like reindeer heart. Sounds… interesting? We snagged one of these dried hearts (peer pressure people, peer pressure!) and I was not going to try it because I’ve never had heart before and the thought freaks me out. Trying deer meat was one thing, but a reindeer heart? I thought I would stay strong, but peer pressure got me and I tried an itty bitty bite and it was surprisingly very tasty. The closest thing I can describe it to is dried meat that’s a mixture of beef, pork, and turkey. It was unlike any other meat, but reminded me most of dried salami (which no one else agreed with me on but oh well.) 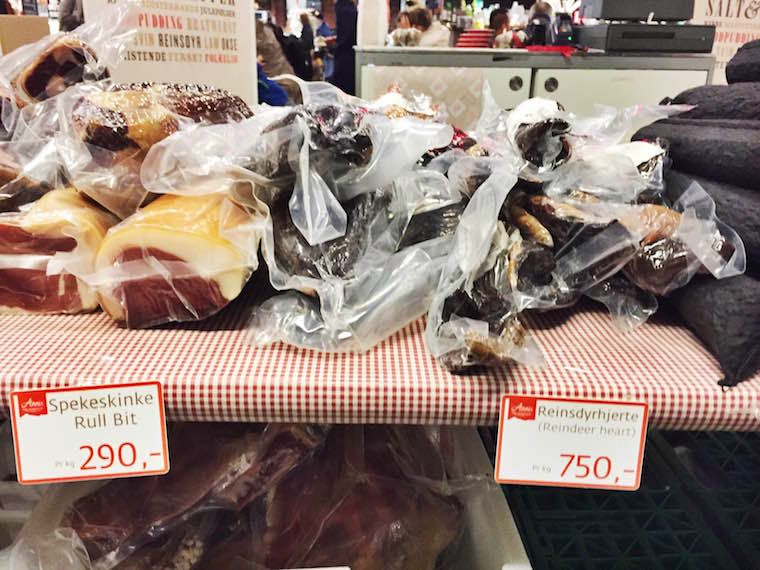 The food hall also had so much fresh seaweed your eyes dropped and your mouth watered just looking at all the possibilities! 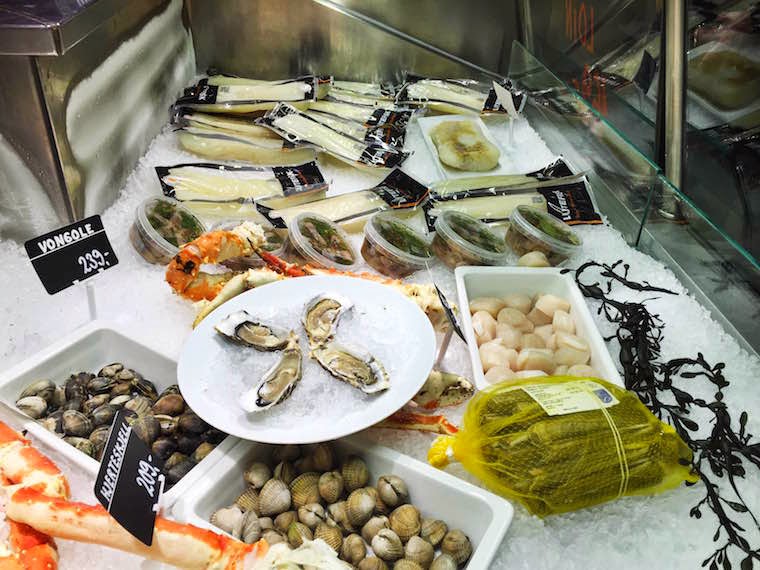 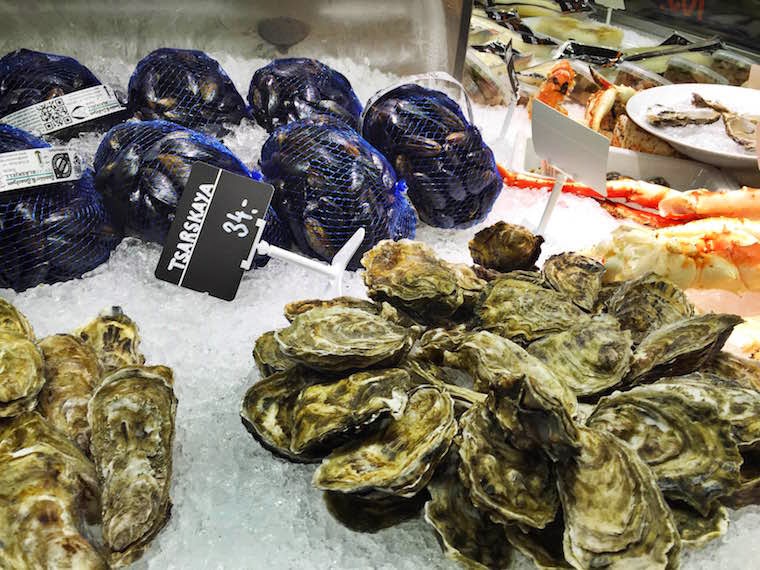 Once we had had quite a bit of cheese and wine, it was suggested that we pick a few different food items throughout the food hall and take the party to a true Norwegian home to experience an authentic cooked meal. We all selected and voted different food items, but we agreed that king crab had to be one of them. 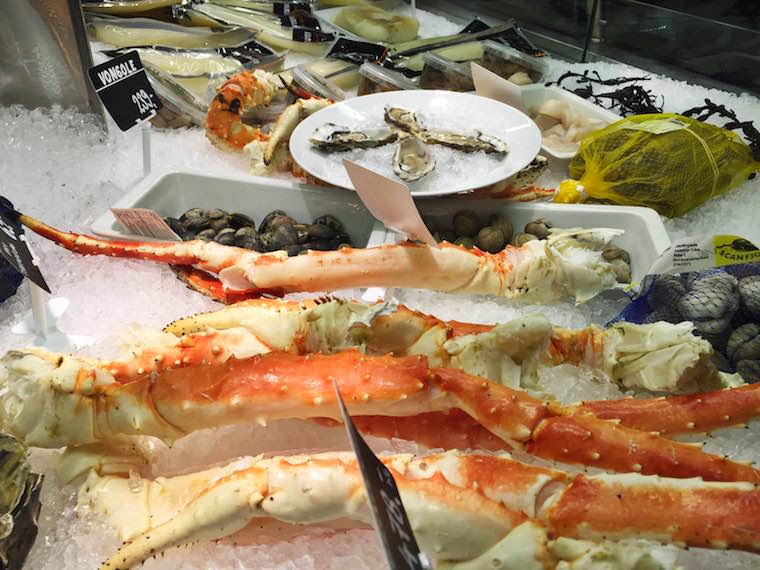 I was optimistic that it would be good (as I haven’t had this before either) and it was so delicious I am dreaming about having king crab like that again very soon. 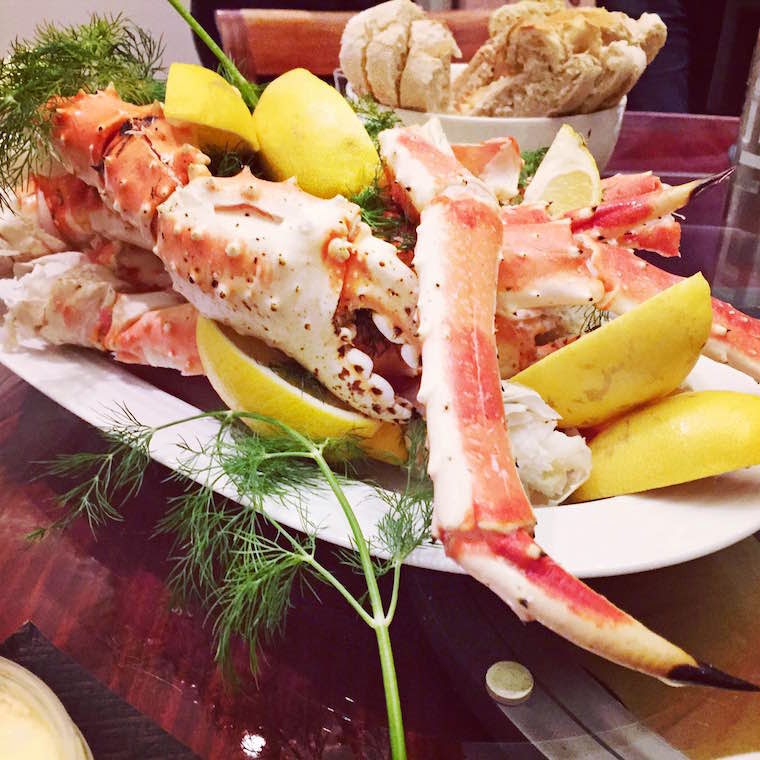 I’ll leave you with a full belly and a happy heart, until the weekend adventures outside of Oslo begin!